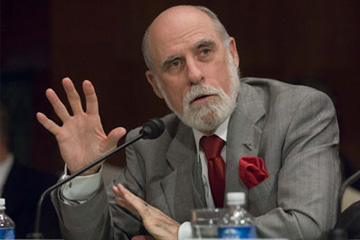 Vinton Cerf, Google SVP and one of the fathers of the Internet, wrote a letter expressing his concerns about SOPA and why it shouldn't be signed into law.
Scott J. Ferrell/Congressional Quarterly/Getty Images

Nestled in the legal lingo of SOPA are two main ways for intellectual property owners to pursue action against pirates. The first involves getting the attorney general involved. The attorney general must seek a court order against ISPs, search engines, payment network services and advertising services. Once served with this court order, these companies will have no more than five days to comply. But there's also a market-based approach that doesn't involve the attorney general.

Let's say that you're the head of a movie studio. Congratulations on making it to the big time! But something is nagging at you -- you've learned there's a Web site that is offering up copies of your studio's latest hit before it's even debuted on the big screen! Worse yet, this site is hosted on a server in eastern Europe, so you can't even use the Digital Millennium Copyright Act (DMCA) to target it!

That's when you turn to the options available to you under SOPA. You need to get a court order and have the attorney general step in to shake things up. First, you'll need to write a document and send it to the payment network provider or Internet advertising service. The document will have to include:

Once the payment network provider or Internet advertising service receives your letter, the company will have five days to shut off all support to the identified site.

Next, we'll take a look at who's in favor of SOPA and who wishes it would just go away.