What are supercomputers currently used for?

Many machines have garnered the title of “fastest supercomputer in the world” over the years. The U.S. Department of Energy’s ASCI White computer claimed the crown in 2000.
Getty Images/News/Getty Images

Supercomputers conjure up the image of those massive, hulking, overheating machines that were the world's introduction to computing -- the ones that took up huge amounts of space to spit out computation after computation. You might be surprised to find out that even with the ubiquitous nature of the personal PC and network systems, supercomputers are still used in a variety of operations. In the next few pages, we'll give you the skinny on what supercomputers are and how they still function in several industrial and scientific areas.

First, a little background. What makes a supercomputer so extraordinary? Well, the definition is a bit hard to pin down. Essentially, a supercomputer is any computer that's one of the most powerful, fastest systems in the world at any given point in time. As technology progresses, supercomputers must up the ante as well.

For instance, the first supercomputer was the aptly named Colossus, housed in Britain. It was designed to read messages and crack the German code during the second World War, and it could read up to 5,000 characters a second. Sounds impressive, right? Not to denigrate the Colossus' hard work, but compare that to the NASA Columbia supercomputer that completes 42 and a half trillion operations per second. In other words, what used to be a supercomputer now could qualify as a satisfactory calculator, and what we currently call supercomputers are as advanced as any computer can get.

There are, however, a few things that make a computer branch into "super" territory. It will usually have more than one central processing unit (CPU), which allows the computer to do faster circuit switching and accomplish more tasks at once. (Because of this, a supercomputer will also have an enormous amount of storage so that it can access many tasks at a time.) It will also have the capability to do vector arithmetic, which means that it can calculate multiple lists of operations instead of just one at a time.

Now that we have a little background on supercomputers, let's check out what a few of them do. 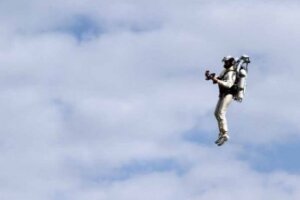 10 Futurist Predictions in the World of Technology