BlackBerry in the Market 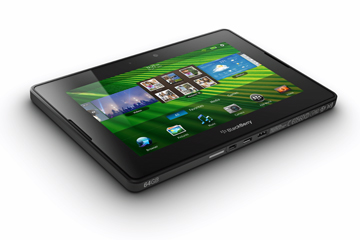 Although RIM announced the PlayBook the same year Steve Jobs announced the iPad, the PlayBook didn't hit the market until April 19, 2011. By then, Apple had a huge head start -- not only did the iPad debut in 2010 but its successor, the iPad 2, hit store shelves March 11, 2011. Could RIM's device compete against the first tablet computer to succeed in the consumer market?

According to Jonathan Geller, the "Boy Genius," a source within the retail industry revealed that BlackBerry PlayBook sales failed to meet sales targets by around 90 percent. To add insult to injury, the same source told Geller that the return rate on the PlayBook was higher than competing tablets [source: Geller].

RIM representatives refute Geller's source, saying that according to the company's conversations with retailers sales of the PlayBook have met or exceeded expectations. A representative from retailer Best Buy was one such retailer, stating that customers were eager to purchase a PlayBook after getting some hands-on time with it in stores [source: Arghire].

Whether the PlayBook can hold its own against Apple's iPad, the multitude of Android-based tablets and HP's webOS devices remains to be seen. But if corporations adopt the device as the next-generation tool for today's executive, expect the PlayBook to stick around for a while.

Follow the links below to get the play-by-play on mobile devices.