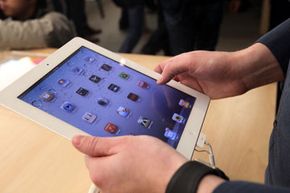 The iPad 2, launched in March 2011, looks much like the original, but there are some very specific changes.
Mario Tama/Getty Images

Computer and multimedia device maker Apple grew into an industry giant by producing innovative, game-changing products. From the iPods that launched the MP3 revolution in music to the industry-shaking iPhone smartphone, the company's products often meet with high demand and devoted followings from a legion of early adopters and tech-savvy consumers.

It was little surprise, then, that Apple's iPad became an instant hit when it was first released in mid-2010. Apple reports that it sold 3 million of the touchpad devices in the first 80 days after the release. And, in keeping with its tradition of regular product updates, the company launched the iPad 2 in March 2011, almost one year after the original iPad's launch [source: Apple].

The second-generation iPad shares a lot of features with its older sibling: They're both small, lightweight, designed to be easily portable, and able to provide a full range of media and connectivity functions with their innovative touchscreen interfaces. But if you're in the market for an iPad, it can be difficult to determine which one best meets your needs.

Do you need the added features that make the iPad 2 different -- and more expensive -- than the original iPad? Are you better off saving your money and going with the original version? Making the right decision comes down to understanding the differences between the iPad and iPad 2. Some of these differences are merely physical, while others will affect how you use the device. Read on to learn about what sets the two devices apart.

From a purely physical standpoint, there are a few subtle -- yet very significant -- differences between the first- and second-generation iPads. For starters, the iPad 2 is thinner and lighter than its predecessor. The new version of the tablet is about 8.8 millimeters thick, about 33 percent thinner than the original iPad. And at a weight of between 1.33 and 1.35 pounds, depending on model, the iPad 2 can be up to 15 percent lighter than the iPad.

The weight and thickness differences may not matter to many users -- the original iPad is still a fraction of the size of laptop computers and has a larger screen than many competing tablet devices. Likewise, the option of getting an iPad 2 with a white case instead of the original iPad's standard black may not sway more than a few very fashion-conscious buyers. But another addition to the iPad 2 could play a big role in your decision as to which iPad to purchase.

One of the criticisms leveled at the first iPad was that it lacked a user-facing camera. This seemed to defeat one potential use for tablets: real-time videoconferencing. Apple addressed this issue by adding both forward- and backward-facing cameras on the iPad 2. If you intend to use your iPad as a communication device, making and receiving calls or using it as a virtual tool to plug into remote meetings, this could be an important physical feature to consider.

The major difference between the iPad models comes not in physical form, but in computing performance. While both models offer storage capacities of 16, 32 or 64 GB, the iPad 2 increases processing power with 512 MB of RAM, versus the iPad's 256 MB. Likewise, while both iPads offer 1 GHz processors, the iPad 2 uses a dual-core A5 chip, versus the iPad's A4 model.

This translates into faster functionality for the iPad 2. Games may play better, and multimedia applications, like the aforementioned videoconferencing, will run smoother and with less likelihood of processor hang-ups.

The iPad 2 also includes tools that take better advantage of the tablet computer's mobility. A three-axis gyro sensor in the tablet senses changes in position, meaning that games and applications dependent on moving the device will work with much more precision than before. Even though the 3G versions of both iPads come with built-in GPS capabilities, the addition of the gyro to the iPad 2 means place- and position-based applications will be more useable and precise on it than on its forebear [source: Aamoth].

Which iPad is best for me? 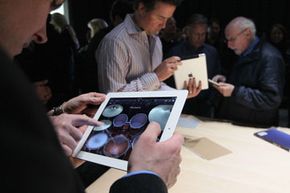 You might not need the extra features of the iPad 2 -- play with both models before you choose the one that suits your needs best.
Justin Sullivan/Getty Images

Now that you know the differences between the two, your decision as to which iPad to purchase basically comes down to how you will use it. If you're a business owner who sees an iPad as a solution for staying in touch with your team while on the go, for example, the iPad 2's dual cameras, and subsequent ability to let you videoconference from anywhere with a wireless signal, could be a deal-maker that prompts you to go with the new version. The same can be said if you're someone who typically pushes your computers and mobile devices to their limits with applications and software that use every bit of the available processing power. If you tend to buy extra memory as standard practice when buying a new computer, then the iPad 2 with its 64 GB is probably your best bet.

There are many users, though, who will probably be able to do everything they want to with the first-generation iPad. That device is a powerful tool for surfing the Web, playing videos, reading e-books, and staying in touch with friends via e-mail and social media. If that list covers most of what you intend to do with your iPad, then it's well worth your time and money to see if a first-generation model will work for you. Apple's decision in spring 2011 to lower the price of the first-generation iPad by $100 could help make your decision as well: With the price lower than ever, the original iPad is a capable and attractive option for users considering one of these groundbreaking tablets.

For more iPad and tech articles, check out the links on the next page. 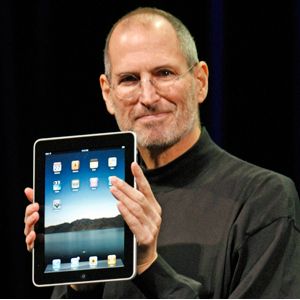 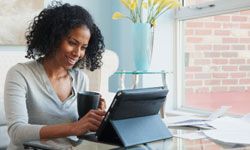