How the Sylvania Tablet Works

by Caitlin Uttley
NEXT PAGE 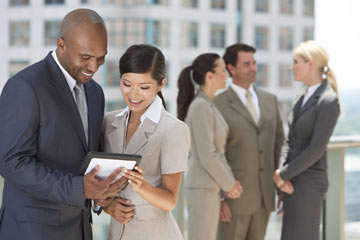 Better known as a producer of lightbulbs, Sylvania also makes a line of tablets.
iStockphoto/Thinkstock

The name Sylvania may not ring a bell unless you're a NASCAR fan (the company sponsors the Sylvania 300), but you'd probably recognize the company's logo if you saw it: a white light bulb on a bright orange background. That's right, Sylvania (Osram Sylvania) has been a lighting company since 1901, but today it lends its name to a host of other product lines, including tablet computers [source: Sylvania].

The Sylvania tablet made its debut in 2010 just before Christmas, and it was priced much lower than other tablets on the market [source: Murph]. Apple had just released the first iPad a few months earlier, and tech companies were scrambling to get into the market as consumers snatched up tablets faster than Michael Phelps picks up medals. Selling at less than $200, Sylvania's device was a viable option for those who wanted the tablet experience, but didn't want to fork over the hefty $500 the iPad then commanded. Since that time, six versions of the Sylvania tablet have been available, and they're all still priced well below most other tablets on the market.

First things first -- the Sylvania tablet isn't a computer, it doesn't have all of the functionalities of a computer and it certainly doesn't pretend to. The company dubs it a "Wireless Mobile Internet Device." That means it's got a beautiful touch-screen display and you can use it to surf the Web, check your e-mail and use some apps and games. But it won't help you if you need to type up a term paper, and you can't play World of Warcraft on it.

While some people would be satisfied with that level of functionality for the cost, others would have a problem. For instance, the device is not equipped with 3G, so you can only access the Internet with WiFi or Ethernet. And the storage space is considerably less than, say, an iPad. But it fits easily into a purse or backpack, and at less than $200 what do you expect?

Want to know more about what you can do with a Sylvania tablet? Keep reading to find out.