Impulse shopping is easier than ever when you have a tablet in your hands.
© Ian Lishman/Juice Images/Corbis

If you own a tablet, do you find yourself lounging on the couch, surfing through retail sites and blowing money with a few swipes and taps of the screen? Or do you wander through a store consulting your shopping list and comparing prices on your smartphone? If so, you are not alone. And the ranks of constantly connected consumers are growing.

Both the tablet and its tiny cousin, the smartphone, are indeed changing our shopping habits. Nielsen has found that most smartphone and tablet owners use the devices for shopping-related activities. Of mobile shoppers, a much higher percentage of tablet owners use the devices for buying items or services than do their smartphone compatriots, and they are also slightly more prone to use their tablets for researching potential purchases. But smartphone users are more likely to do things like use their devices to locate a store, check prices, peruse shopping lists and redeem mobile coupons -- activities more likely to occur on the go [source: Nielsen].

Smartphones were adopted first and had an early lead in mobile commerce, but despite the fact that there are still fewer tablets than smartphones, purchases through tablets are fast approaching (or may have even overtaken) purchases through phones. Web marketing company Monetate's numbers showed phones still holding a small lead in late 2012 at 8.37 percent for tablets versus 10.03 percent for phones [source: Edwards]. But eMarketer, a company that compiles and analyzes research statistics, estimated that tablets overtook phones in 2012 (6.2 percent for tablets versus 4.4 percent for phones) and expected tablets to account for 9.4 percent of online sales -- and smartphones to account for around 5.3 percent of online sales -- in 2013 [source: eMarketer].

Several factors might be contributing to the faster increase in tablet-based sales. The conversion rate, or the rate at which a site visit turns into an actual purchase, is apparently higher on tablets than phones. Perhaps the larger screen makes Web surfing and shopping a more pleasant experience, or perhaps people are more likely to use tablets when they're taking advantage of their leisure time at home, a time they are also more likely to shop online. The relative affluence of people who own tablets, especially expensive ones like the iPad, may also come into play. The average sales amount per purchase is reportedly higher on tablets than on either phones or old-school desktop and laptop computers. Tablets have even surpassed smartphones in numbers of Web views [source: Lomas].

Although online sales through traditional computers still outweigh those on mobile devices as of early 2013, and in-person shopping far surpasses e-commerce in general, mobile shopping is poised to grow and grow, especially as more people adopt Web-enabled tablets and phones. 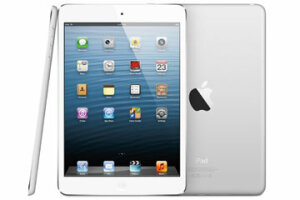