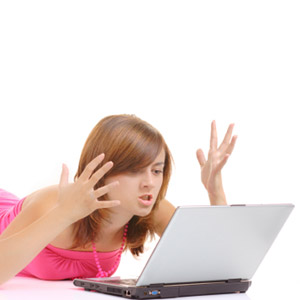 There's no denying that the Internet is an amazing invention. It allows people to communicate around the world at speeds approaching real time. But this connection can be a double-edged sword. Not only are you able to interact with people you like and respect, but you can also meet people who take pleasure in disrupting the conversations and activities of others. There's a name for this kind of person: troll.

While the word troll might conjure up images of billy goats and hobbits in your mind, the Internet variety doesn't really owe its name to the monsters of fairy tales and fantasy. Originally, the Web version of a troll alluded to a fishing technique. In fishing, to troll is to pull a fishing line behind a moving boat in hopes of coaxing a fish to take the bait. Web trolling is very similar -- trolls try to lure unsuspecting victims into responding to pointless or rude questions or statements. The goal for the Web troll is to get the victim riled up as a joke. But usually the troll is the only one laughing.

The term first gained popularity on Usenet forums. Usenet is a distributed computer network organized into categories called newsgroups. Each newsgroup covers a general topic. The network is a cousin to the World Wide Web, which it predates by more than a decade. People can visit Usenet newsgroups to discuss topics and share information and files. The original Usenet trolls were people who tried to bait victims into wasting time in off topic or annoying discussions.

­Today, the term troll has a broader definition. A troll can be anyone who aims to disturb communication or ruin someone else's mood or experience while online. This usually happens in online environments like forums, message boards and chat rooms. But there are subspecies of trolls that branch out into other areas. You can find trolls everywhere from YouTube comments to online video games.

Not all trolls are created equal. While some trolls find it amusing to wind up another person until that person has a meltdown, others may not even realize that their behavior is disruptive. Sometimes, people are simply rude and aggressive without trying to behave like a troll -- particularly if they disagree with the subject of a conversation. You may have even behaved like a troll unintentionally. But if you learn about the strategies trolls use to cause trouble, you can avoid being a troll yourself. There are ways to express yourself that won't lead to other people accusing you of being a troll.

Let's begin by looking at the different kinds of trolls you might encounter on the Internet.