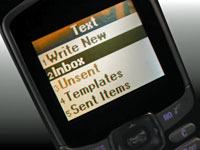 It only takes a few minutes of playing an online action game to realize you're operating in an entirely different world. Games like "Counter-Strike" that offer voice-communication features allow you to hear children barely in their teens spouting swearwords. But swearing in video games is not the only example of online misbehavior. There's a new epidemic known as cyberbullying, and it's widespread -- a Pew Research poll reported in 2007 that 32 percent of teenagers had been victims of cyberbullying [source: CNN.com].

Cyberbullying has many terms associated with it, and we'll go over a couple important ones here. Trolling is when someone posts intentionally antagonistic messages on an online bulletin board or discussion area. Griefing, one of the most common forms of cyberbullying, is harassment of another player or participant within an online game. Griefing has many different manifestations, some of which have their own specific names. For example, kill stealing: consistently killing monsters that another player is trying to kill, frustrating his attempts to advance in or play a game.

Acts of cyberbullying vary widely in content and effect, but they can be genuinely traumatic, especially in highly realistic worlds that blur the borders between fantasy and reality. And if an online gamer has invested hundreds or thousands of hours into his avatar (Internet representation of himself), online character or position in a game universe, there can be a significant emotional attachment at stake. On the other hand, posting embarrassing stories and photographs on a social networking site viewed by an entire high school can devastate a student. Cyberbullying often leads to real-life, physical conflicts as well as feelings of depression, hopelessness and loss.

­There have even been alleged instances of "virtual rape," one in 2007 in the virtual world of "Second Life," and another occurring as early as 1993 in "LambdaMOO," an early text-based online game. The victims have described these events as emotionally scarring. The 2007 "Second Life" virtual rape allegations led to an investigation by Belgian police.

Experts say that the Internet makes bad or anti-social behavior easier. The anonymity allowed by the Internet emboldens bullies as they feel shielded from the consequences of their acts. Judith Donath, an MIT professor who studies media and social networks, told CNN that online interactions easily change people's perceptions of what's acceptable and what's not; it also can contribute to a sense that other players or participants aren't real human beings [source: CNN.com].

Much of the material on cyber bullying only mentions children and teenagers, but it's not limited to them. There are reports of teachers as victims, with some even being forced to give up teaching due to constant harassment. Some kids use technology as a way to rebel against and taunt authority figures. Many of the online gamers who commit and suffer from cyberbullying are adults.

On the next page we'll look at some methods of stopping cyberbullies. 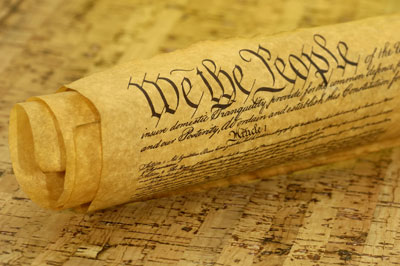 For more information about dealing with cyberbullying and to read copies of the proposed Avatar Bill of Rights, please check out the links on the next page.

Can you hack a drone?
Companies Are Figuring Out How to Turn the Tables on Hackers
Do You Need to Install Every Windows Update?