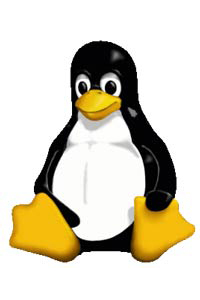 There's a kind of war going on and we're all caught in the middle. In that war, the two superpowers are Microsoft and Apple. The battlefield is the operating system. Numerous ad campaigns give the impression that these are the only two choices out there for anyone looking to buy a computer. But there's a small group of rebels out there who know better. Their OS of choice is Linux and they back a very different philosophy than the one followed by the big companies.

Linux is an open-source operating system. To really understand what that means, we need to define some terms. An operating system is a layer of software on a computer that acts as a foundation for computer programs. It's the OS's job to monitor computer resources and allocate those resources to programs that need them. When you execute a program, the OS acts like a supervisor and makes sure the program has the processing power, memory and any other resources it might need to function. Operating systems make it easy for program developers to write software -- without an OS, the programmer would have to create software to work directly from the hardware itself.

Unlike compiled OSes, an open-source operating system includes the source code for the OS. Developers write software in source code. There are many different coding languages but they all share a common trait: It's relatively easy for humans to understand it (assuming that human has studied the language). Machines can't understand source code, which is why developers feed the source code through a compiler.

Because Linux includes the source code for the operating system, you can see how the OS works just by downloading it. You'll have to understand programming languages but there's no level of secrecy with what makes Linux tick. The benefit of this approach is that many Linux users are also the developers for the OS. If a user sees a bug or vulnerability, he or she can whip up some code to fix the problem and contribute to the next version of Linux. The same is true for features -- if you think of a cool function that you believe Linux should support, you can build it into the source code.

You could also build your own operating system using the Linux kernel -- its foundation -- as the basis for your OS. That brings us to Ubuntu. Let's take a look at what Ubuntu is and how it relates to Linux.

Ubuntu is a distribution -- or distro -- of Linux. In Linux lingo, a distribution is a version of the operating system that has the Linux kernel as its foundation. There are literally hundreds of different Linux distros out in the wild. Many are free and have communities of users who provide each other with guidance and support. But installing a free Linux distro with limited support options can be intimidating to the average computer user. That's where Ubuntu comes in.

Ubuntu, distributed by a company named Canonical, is an example of a commercial project based on the Linux kernel. Founded by businessman and philanthropist Mark Shuttleworth, Canonical's mission is to provide a software platform that is free for users and developers. Rather than charge for the operating system, Canonical's business depends upon providing commercial support for its products. It also helps companies and organizations design computer systems with an eye on efficiency and cost management.

What that means for you is that Ubuntu is a free operating system you can install on a computer. Getting a copy is simple -- you can visit the Ubuntu Web site and download the OS directly. You'll need to have either a CD or USB drive to save the OS. Once you've copied the OS to the drive or CD, you can boot your computer using Ubuntu.

One cool feature of Ubuntu is that Canonical doesn't care if you have a fear of commitment. Booting from the USB drive or CD lets you play with the Ubuntu OS without overwriting your computer's native OS. If you're a loyal Windows user or Mac OS X devotee, you don't need to feel guilty. You can see Ubuntu on the side without hurting your long-term OS relationship.

If you find Ubuntu to be exactly what you need, you can load it on your computer to either run side-by-side with your existing OS, or you can break up with your old SOOS -- that's significant other operating system -- and start seeing Ubuntu exclusively. There's even an option to run Ubuntu within Windows itself as if it were any other piece of software.

Next, we'll take a look at what sets Ubuntu apart from a basic Linux OS.

Are You Being Servered?

Ubuntu isn't just for personal computers. There's also a version of Ubuntu you can use if you want to turn a computer into a network server. Like the version of Ubuntu that runs on personal computers, the server software is free. If you plan to create an entire farm of servers, you can purchase a CD from Canonical to speed up the process -- or just burn your own after you've downloaded the operating system. 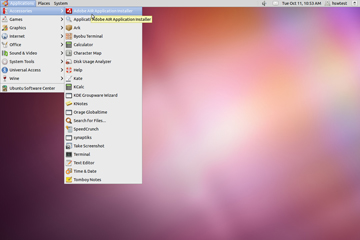 How Time Management Software Works
What are relational databases?
How Microsoft Works