What Makes a VPN? 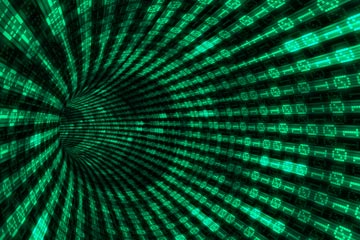 A good VPN can carry data in a secure, private tunnel across the chaos of the public internet.
©iStockphoto.com/alxpin

A VPN's purpose is providing a secure and reliable private connection between computer networks over an existing public network, typically the internet. Before looking at the technology that makes a VPN possible, let's consider all the benefits and features someone should expect in a VPN.

A business might not require all these benefits from its VPN, but it should demand the following essential VPN features:

Public VPN providers are often evaluated on whether they capture information about their users and the number of countries in which they have remote servers. Because a VPN privatizes information about the user, he or she can use a VPN connection to mask the location they're connecting from, which may permit access to geographically restricted information, such as a TV service limited to access from a certain country.

One interesting thing to note about VPNs is that there are no standards about how to set them up. This article covers network, authentication and security protocols that provide the features and benefits listed above. It also describes how a VPN's components work together. If you're establishing your own VPN, though, it's up to you to decide which protocols and components to use and to understand how they work together.

The next two pages describe two common types of VPN. We'll start with the type that's most synonymous with the term VPN.