So far, we've concentrated on iCloud's storage features. Another important feature, though, is the option to stream music and videos from the cloud. As of this writing, streaming is not a part of iCloud's basic services. If it were, you could play media content directly from iCloud rather than having to download it first. This could be particularly useful if you have a large music or video collection and don't want to use up all the available space on your iPhone, iPad or iPod Touch. Apple piqued the curiosity of those anticipating a streaming option, though, when it offered free streaming of a new Red Hot Chili Peppers album for iTunes desktop users in late August 2011 [source: Dockrill].

Perhaps the biggest advantage of the iCloud service is how you can use it to back up and restore data on your Apple iOS devices. iCloud is capable of taking daily backups of your iPhone, iPad or iPod Touch when it's connected to the Internet using WiFi. These aren't full backups, which would include all the data stored on each device. Instead, these are partial backups that store only the data you've changed on the device. The following are the types of data that iCloud can back up from your iOS device:

In addition to simplifying the backup process, the iCloud service makes quick work out of restoring an Apple iOS device from backup. You'll probably want to restore your device any time you lose important data, reset or replace the device, or upgrade to new hardware. Apple iOS 5 will automatically restore from your iCloud backups as soon as you sign in with your Apple ID over a WiFi connection.

We've looked at the features Apple iCloud has to offer. Next, let's see what challenges iCloud faces and how it stacks up to its competition in the cloud storage market.

Though not a component of iCloud, another technology you can use to improve your iCloud experience is Apple's iTunes Match. This applies to music content that you've purchased from another source and added to your iTunes library. This includes, for example, music you've imported from CDs. What iTunes Match will do is identify whether that music is also available in the iTunes Store and then add that music to your iCloud library. What iTunes can't match, you can upload to iCloud. This means you'll have the same convenient access to those tracks as you have to your iTunes purchases. In addition, the music iTunes matches plays back at 256 Kbps iTunes Plus quality, regardless of the quality of your original copy. iTunes Match service requires a subscription of $24.99 per year. 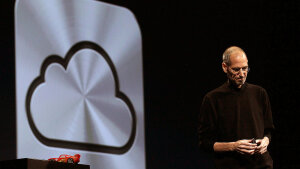 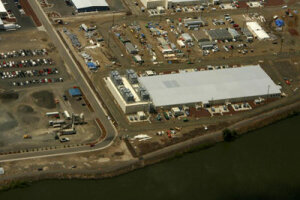