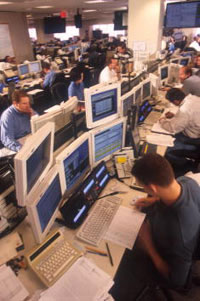 Paul Howell/Getty Images Imagine how many files were retrieved from these computers on Enron's trading floor. See more computer pictures.

When the company Enron declared bankruptcy in December 2001, hundreds of employees were left jobless while some executives seemed to benefit from the company's collapse. The United States Congress decided to investigate after hearing allegations of corporate misconduct. Much of Congress' investigation relied on computer files as evidence. A specialized detective force began to search through hundreds of Enron employee computers using computer forensics.

The purpose of computer forensics techniques is to search, preserve and analyze information on computer systems to find potential evidence for a trial. Many of the techniques detectives use in crime scene investigations have digital counterparts, but there are also some unique aspects to computer investigations.

For example, just opening a computer file changes the file -- the computer records the time and date it was accessed on the file itself. If detectives seize a computer and then start opening files, there's no way to tell for sure that they didn't change anything. Lawyers can contest the validity of the evidence when the case goes to court.

Some people say that using digital information as evidence is a bad idea. If it's easy to change computer data, how can it be used as reliable evidence? Many countries allow computer evidence in trials, but that could change if digital evidence proves untrustworthy in future cases.

­Computers are getting more powerful, so the field of computer forensics must constantly evolve. In the early days of computers, it was possible for a single detective to sort through files because storage capacity was so low. Today, with hard drives capable of holding gigabytes and even terabytes of data, that's a daunting task. Detectives must discover new ways to search for evidence without dedicating too many resources to the process.

What are the basics of computer forensics? What can investigators look for, and where do they look? Find out in the next section.

This Whole Court is Out of Order

Vincent Liu, a computer security specialist, used to create anti-forensic applications. He didn't do it to hide his activities or make life more difficult for investigators. Instead, he did it to demonstrate that computer data is unreliable and shouldn't be used as evidence in a court of law. Liu is concerned that computer forensics tools aren't foolproof and that relying on computer evidence is a mistake [source: CSO]. 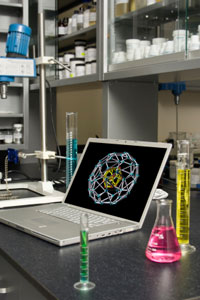 Phases of a Computer Forensics Investigation

All of these steps are important, but the first step is critical. If investigators can't prove that they secured the computer system, the evidence they find may not be admissible. It's also a big job. In the early days of computing, the system might have included a PC and a few floppy disks. Today, it could include multiple computers, disks, thumb drives, external drives, peripherals and Web servers.

Some criminals have found ways to make it even more difficult for investigators to find information on their systems. They use programs and applications known as anti-forensics. Detectives have to be aware of these programs and how to disable them if they want to access the information in computer systems.

What exactly are anti-forensics, and what's their purpose? Find out in the next section.

Not as Deleted as You Think

When you delete a file, your computer moves the file to a new directory. Once you empty your recycle bin, your computer makes a note that the space occupied by that file is available. The file remains there until the computer writes new data on that part of the drive. With the right software, you can retrieve deleted files as long as they haven't been overwritten. 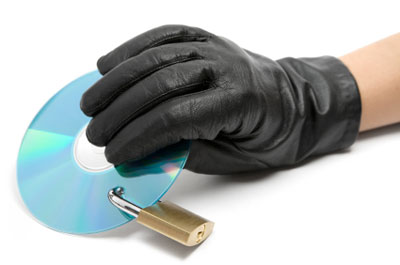 If the anti-forensic measures taken were drastic enough, investigators may not ever crack into the computer system.
©iStockphoto/Marc Dietrich

Other programs can divide files up into small sections and hide each section at the end of other files. Files often have unused space called slack space. With the right program, you can hide files by taking advantage of this slack space. It's very challenging to retrieve and reassemble the hidden information.

It's also possible to hide one file inside another. Executable files -- files that computers recognize as programs -- are particularly problematic. Programs called packers can insert executable files into other kinds of files, while tools called binders can bind multiple executable files together.

Encryption is another way to hide data. When you encrypt data, you use a complex set of rules called an algorithm to make the data unreadable. For example, the algorithm might change a text file into a seemingly meaningless collection of numbers and symbols. A person wanting to read the data would need the encryption's key, which reverses the encryption process so that the numbers and symbols would become text. Without the key, detectives have to use computer programs designed to crack the encryption algorithm. The more sophisticated the algorithm, the longer it will take to decrypt it without a key.

Other anti-forensic tools can change the metadata attached to files. Metadata includes information like when a file was created or last altered. Normally you can't change this information, but there are programs that can let a person alter the metadata attached to files. Imagine examining a file's metadata and discovering that it says the file won't exist for another three years and was last accessed a century ago. If the metadata is compromised, it makes it more difficult to present the evidence as reliable.

Some computer applications will erase data if an unauthorized user tries to access the system. Some programmers have examined how computer forensics programs work and have tried to create applications that either block or attack the programs themselves. If computer forensics specialists come up against such a criminal, they have to use caution and ingenuity to retrieve data.

A few people use anti-forensics to demonstrate how vulnerable and unreliable computer data can be. If you can't be sure when a file was created, when it was last accessed or even if it ever existed, how can you justify using computer evidence in a court of law? While that may be a valid question, many countries do accept computer evidence in court, though the standards of evidence vary from one country to another.

What exactly are the standards of evidence? We'll find out in the next section.

In the United States, the rules are extensive for seizing and using computer evidence. The U.S. Department of Justice has a manual titled "Searching and Seizing Computers and Obtaining Electronic Evidence in Criminal Investigations." The document explains when investigators are allowed to include computers in a search, what kind of information is admissible, how the rules of hearsay apply to computer information and guidelines for conducting a search.

Another consideration the courts take into account with computer evidence is hearsay. Hearsay is a term referring to statements made outside of a court of law. In most cases, courts can't allow hearsay as evidence. The courts have determined that information on a computer does not constitute hearsay in most cases, and is therefore admissible. If the computer records include human-generated statements like e-mail messages, the court must determine if the statements can be considered trustworthy before allowing them as evidence. Courts determine this on a case-by-case basis.

Computer forensics experts use some interesting tools and applications in their investigations. Learn more about them in the next section.

One challenge computer investigators face is that while computer crimes know no borders, laws do. What's illegal in one country may not be in another. Moreover, there are no standardized international rules regarding the collection of computer evidence. Some countries are trying to change that. The G8 group, which includes the United States, Canada, France, Germany, Great Britain, Japan, Italy and Russia, has identified six general guidelines regarding computer forensics. These guidelines concentrate on preserving evidence integrity. 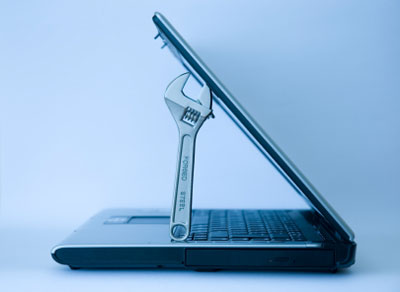 No matter how limited a department's budget is, no credible investigator would stoop to wrenching open a computer to find clues.
©iStockphoto/Muharrem Oner

Programmers have created many computer forensics applications. For many police departments, the choice of tools depends on department budgets and available expertise.

These tools are only useful as long as investigators follow the right procedures. Otherwise, a good defense lawyer could suggest that any evidence gathered in the computer investigation isn't reliable. Of course, a few anti-forensics experts argue that no computer evidence is completely reliable.

Whether courts continue to accept computer evidence as reliable remains to be seen. Anti-forensics experts argue that it's only a matter of time before someone proves in a court of law that manipulating computer data without being detected is both possible and plausible. If that's the case, courts may have a hard time justifying the inclusion of computer evidence in a trial or investigation.

To learn more about computer forensics and related topics, follow the links on the next page.

Cell phones can contain important information on them. A cell phone is essentially a small computer. A few computer forensics vendors offer devices that can copy all the contents in a cell phone's memory and print up a comprehensive report. These devices retrieve everything from text messages to ring tones.