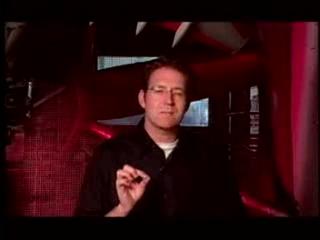 Imagine you hear a phone ringing. What's the first thing you do? That probably depends on a lot of things, such as where you are, the time of day, what you're doing, who's with you, what the ring tone sounds like and whether it's actually your phone. If you're walking through a grocery store and you hear a phone ringing from several aisles away, you'll probably realize it's not your phone and just ignore it. If you're in your car, you might decide whether you can answer the phone based on the traffic or whether you have a hands-free device.

That's a lot of variables just to decide whether to answer the phone, and you could probably think of many other reasons you might answer or ignore a ringing phone. Our brains are powerful computers that can quickly process all those conditions, decide on the best response and instruct our bodies to take action. Throughout human history, creating a machine that can replicate that process correctly in every scenario has been almost unimaginable. Today, though, technology like DIDO software and hardware is helping make such machines a reality.

Just as there's no one correct response to a ringing phone, there's no one correct way to steer an airplane or move a robot's legs. There can be a best response, though, given all the conditions affecting the scenario. In the airplane's case, how a pilot steers toward the destination is affected by the elevation, speed, wind direction, air speed and any of a hundred other variables at a given moment in time. Human pilots process and respond to all this information.

Can a computer truly replicate this process? That's where technology like DIDO comes in. DIDO is software programmed to run on the MATLAB scientific computing platform which, in turn, requires Microsoft Windows. Computers can use DIDO to process large and ever-changing amounts of data into a reliable best response. DIDO was developed in the late 1990s by U.S. Naval Postgraduate School professor Isaac "Mike" Ross. At the time, Ross and colleague Fariba Fahroo were conducting research in optimal control theory and computation. We'll look more at optimal control theory later.

Today, DIDO is part of hardware and software solutions marketed by Elissar Global. This article covers the kinds of problems DIDO is helping to solve and some breathtaking technological applications of DIDO optimal control technology. Let's start with a look at how researchers across many fields are making use of DIDO.

The term for the problem DIDO is solving is optimal control. In calculus, optimal control theory is a mathematical approach to finding the best mechanical response in a given scenario given some set of conditions. Mathematically, optimal control is a set of differential equations that minimize the cost (maximize the payoff) of achieving some desired outcome. Don't worry! We're about to make this concept much simpler.

To understand optimal control, let's freeze time for a moment. Take in the sensations of the world around you: sights, sounds, smells, tastes and physical feelings. Now combine that with everything stored in your brain. The way you respond to any new stimulus around you will be based on all that information. How would you react right now to hearing a doorbell or to smelling freshly baked cookies?

Computers can convert similar sensory information into data in an attempt to imitate our brainpower. The computer can calculate the best response to a given stimulus using all that data. From the computer's perspective, the "best" response would be the action that has the maximum payoff at the minimum cost. That best response concept is what scientists and mathematicians refer to as the optimal control.

Now let's unfreeze time and move forward again. Suddenly, calculating the optimal control is more complicated. As each fraction of a second passes, conditions change, with new sensory data to consider. Thus, the biggest challenge for finding the optimal control is considering these ever-changing conditions and recalculating accordingly. Our brains make these recalculations constantly, but a computer has to have some type of stimulus-response program to do this.

So far we've determined what optimal control is and the significance of pseudospectral theory. Next, let's zoom in, or rather out, to outer space, where DIDO's had its most prominent application.

Ancient Roman and Greek history includes a woman named Elissar, or Elissa, known as the Queen of Carthage. She was also called Dido, particularly in Virgil's "Aeneid." Legend has it that Dido fled her native Phoenicia with several others, and when she found a place she wanted to settle, she struck a deal with the king there to obtain the land that would become the city of Carthage (in modern-day Tunisia). In the deal, Dido would get the amount of land she could mark out with a bull's hide. Dido and her colleagues made a long string from small strips cut from a single bull's hide. Then, they selected the coastline as a boundary and laid the string into a semi-circle with that coastal border. The king was surprised that the newcomers were able to mark such a large amount of land. In mathematics, Dido's Problem is the name given to finding the figure that produces the maximum area given a boundary line and a perimeter for the remaining sides. The figure that produces that maximum area is, as the legendary Dido observed, a semi-circle along that given boundary line. 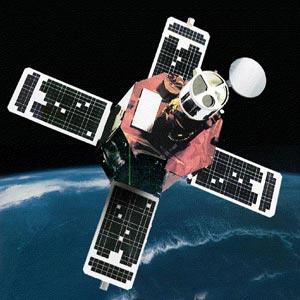 DIDO is intended as a generic approach to solving optimal control problems. This means that it should readily integrate into any autonomous system no matter what types of input that system is processing, so long as it uses the MATLAB computing platform running in Microsoft Windows. By autonomous system, we mean a combination of hardware and software that functions together as a robotic entity, and determines on its own the sequence of actions it needs to perform in order to complete a given task. In a sense, an autonomous system is a robot that can solve its own problems.

It's because DIDO is so generic that researchers in both academics and industry have found ways to apply the software to solve a wide range of optimal control problems. We see this prominently in robotics where researchers can integrate DIDO with the existing software in an autonomous system. DIDO creator Ross said in an interview that one of his former students in particular has applied the software to ground robots with some amazing results. That same Ph.D. graduate has researched navigating multiple robotic vehicles through rough waters without them colliding.

Another field where DIDO's getting traction is aeronautics. Earlier, we gave an example of all the conditions that go into determining how to steer an aircraft. That example wasn't arbitrary: We chose it because DIDO has been able to do just that. Besides aiding in finding flight trajectories for gliders, DIDO is also helping in fuel optimization for aircraft. The American Institute of Aeronautics and Astronautics (AIAA) has published studies from researchers around the world that have used DIDO in their work.

One unique DIDO application has been applying its optimal control calculations to steering an undersea glider, an unmanned autonomous system in the form of a winged underwater vehicle. Researchers at Virginia Tech looked at ways to ensure such a glider could move like a porpoise through the water, which is both energy efficient and useful when taking oceanographic surveys. One of the team's challenges was to address a stalling effect when transitioning from downward to upward trajectories. The team reported that DIDO was the easiest solution method for them to set up and run for their research, though they also reported getting similar calculations with another tool [source: Kraus, Cliff, Woolsey and Luby].

Throughout this article, we've looked at what optimal control problems are, how DIDO is helping to solve them and the innovative ways researchers have applied DIDO in various commercial and academic fields. Optimize your DIDO experience by checking out even more information on the next page.

How Time Management Software Works
What are relational databases?
What's Ubuntu, and how is it different from Linux?