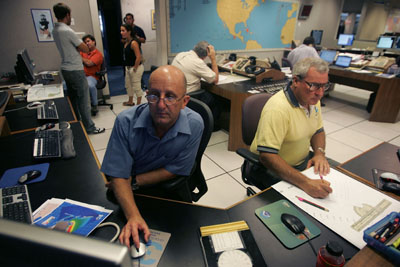 Maybe you remember hearing a long, shrill tone on your TV or radio, followed by this announcement: "This is a test of the Emergency Broadcast System . . . this is only a test" and then more about the information that would have been provided during an actual emergency.

That system started during the Cold War as a way for the president to reach all Americans during a national emergency. After 1963, it also was used to transmit state and local emergency alerts over local broadcast networks. The Federal Communications Commission (FCC), which oversees the system, required all television and radio stations to play the attention signal and test script at least once a week. And between 1976 and 1996, the system was activated more than 20,000 times, mostly for weather alerts [source: New York Times].

In 1997, the FCC gave the system a technological overhaul and a name change to the Emergency Alert System (EAS). Now the weekly test is a shorter, eight-second digital data signal produced by all AM, FM and broadcast TV stations, as well as cable systems with at least 10,000 subscribers, digital radio and TV and direct broadcast satellite providers. With digital technology, the EAS can pack more information into an emergency weather alert or other announcement, target it to a more specific area and send it out much faster.

Here's how the system handles a bad weather alert. First, the National Weather Service sends out the alert on its NOAA (National Oceanic and Atmosphere Administration) Weather Radio (NWR) signal, which uses specific area message encoding (SAME) and coding protocols similar to the EAS. Next, the broadcast stations' or systems' EAS equipment decodes the NWR signal. After that, the broadcasters can retransmit the weather warning to their audiences, perhaps as scrolling script along the bottom of the TV screen [source: NOAA].

State and local officials also can use the EAS to send emergency information, and the system works in cooperation with the Federal Emergency Management Administration (FEMA). The FCC and EAS make it possible to send a message through the station, cable system, satellite company or other participating service when it's unattended. And messages can be converted automatically into any language the station or system uses [source: FCC].

But you don't need to be watching TV to get weather alerts. You can buy a radio receiver or scanner that can pick up continuous weather watches, warnings and forecasts broadcast on dedicated frequencies by the National Weather Service's all-hazards radio network, NWR. Prices range from $20 to $200, and the units are available through electronics and sport goods stores. Depending on the model, you can choose a receiver that has:

Maybe you'd prefer to receive weather alerts via your cell phone or mobile device. Keep reading to find out what options are available. 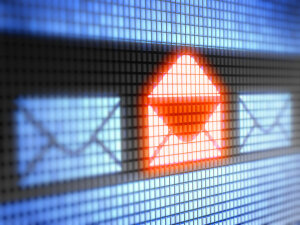