How are computers made?

Browse the article How are computers made? 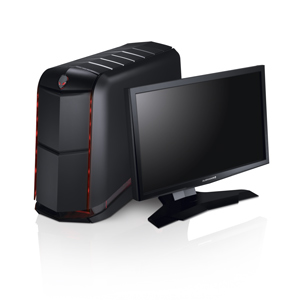 Computers are one of the useful tools ever designed by man. And hardly anyone knows how they're made.
Courtesy Dell Computers

Our contemporary world is digital; the numbers back up that statement. Smartphones sell at a clip of nearly 150 million per business quarter; PCs hang in at around 100 million. And tablet computers? The sales numbers of those devices are red-hot, too, at nearly 120 million per year and counting.

That's a heaping mountain of digital technology, spread all across the world. Yet hardly anyone knows how these machines are made. The process is in some ways rather simple and in others, bewilderingly complex.

Parts are paramount. If you've ever so much as glimpsed into the dark innards of your desktop computer, you know that the nooks and crannies inside are stuffed with all sorts of shiny (or dust bunny-choked) components. In short, your computer is composed of a lot of individual parts.

You're probably already familiar with the most vital ingredients that make up a typical computer recipe. You need a CPU (central processing unit), which is the so-called brain of the computer. It processes instructions given to it by software, such as your word processing or accounting programs.

A computer also needs a place to store data. That's usually a magnetic hard drive. Contemporary hard drives can store many gigabytes or even terabytes worth of data. Newer (and usually more expensive) hard drives are solid-state drives that have no moving parts, and thus, aren't as susceptible to mechanical failure as older versions.

Small devices, such as smartphones, often don't require as much storage capacity as full-size computers, so they employ flash memory chips like those used in digital cameras. You can swap flash cards in and out of a device for easy data sharing.

Hard drives are for semi-permanent or long-term data storage. RAM (random access memory), however, is short-term storage with smaller capacity. RAM is much faster to access than a hard drive, so it's important for overall system speed and multi-tasking.

A motherboard is often likened to the human central nervous system. It connects all parts and helps them function as a single machine. Without this crucial circuit board, your computer would be non-functioning collection of pricey electronics.

Each of these components requires careful engineering and design, not to mention specializing manufacturing machines and expert oversight. That's why computer manufacturers can't build every part from scratch. Instead, they generally buy say, motherboards, directly from a motherboard maker, and then mix and match components to build a whole machine.

We're getting a little ahead of ourselves here, though. On the next page we'll step back and see exactly where computer parts really find their beginnings.

From Design to Factory Lines 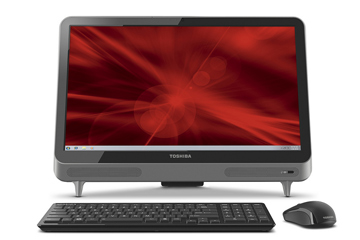 They start out as many discrete components and wind up like this, thanks to the skilled workers at manufacturing plants.
Courtesy Toshiba

You can't build a computer until you decide on its purpose. Manufacturers first pinpoint a need for a specific product. Then they design that product on computers equipped with modeling software. With a product plan in hand, engineers can determine what sort of manufacturing equipment they'll need.

No matter which product they might conceive, it's a given that their digital wizardry will require substantial resources. Your computer is made up of a fantastic array of different materials, including steel, glass, silica sand, iron ore, gold, bauxite and a lot of others. All of those raw materials have to come from somewhere, such as mines.

Once the raw materials are gathered, they're transported to a factory, where individual computer parts are made. One factory might specialize in RAM chips; another makes top-quality CPUs. The intensity of CPU creation is one really good example of how much work and material goes into a single computer component.

CPUs are made mostly of crystalline silicon, which can be sourced from common sand. First, though, that silicon must be purified. This is one of the most critical steps, because even a minute trace of impurities can cause chips to fail. Once in purified form, the silicon is formed into wafers, which are simply thin sheets crystalline material.

Then, the CPU maker etches, or imprints, lines onto the surface of the wafer. This process is followed by the actual placing of transistors and circuits.

Then the wafer is thoroughly cleaned with chemicals to ensure there are no contaminants. And finally, the wafer is precisely cut into the many individual chips, or CPUs, which will eventually provide the horsepower for your computer.

That's an extremely condensed synopsis of CPU creation. Now imagine the same kinds of processes occurring for all of the other components inside your computer. It's no wonder that computer manufacturers outsource component construction to third-party companies.

On the next page you'll see how the computer maker collects individual parts and puts them together for a full-fledged machine.

A Convergence of Components 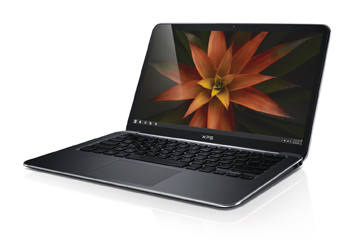 To computer makers, inventory is evil. So many factories build their computers to order to avoid having extra (and quickly depreciating) parts on hand.
Courtesy Dell Computers

After raw materials are built into finished components, the computer is far from complete. Someone must put all of those components together in a finished product that can be shipped straight to consumers or to a retail outlet.

Of course, you already know that manufacturers build computers in mass quantities in factories. Economies of scale mean that constructing many machines at once pushes down the price of a product so that they're easier to make and cheaper to sell. Companies such as Dell Computers are constantly searching for ways to streamline product construction so that they can maintain solid profit margins.

When you order a Dell computer online, you can specify various components, such as a larger hard drive or more RAM. After you complete your order, it's logged into the manufacturing facility's order system.

Then, employees pull the parts necessary to build your machine, placing them into a tote on a conveyor belt. In the last step of this process, workers select a chassis that matches the number and size of parts in your order.

With all necessary parts gathered together, a technician builds the computer by hand. As she does so, she scans the serial number of each individual part (such as the optical drives and hard drives), which associates each part with the service tag on your machine. By doing so, the company knows exactly which parts are in your computer, and thus, can offer better technical support when necessary.

The completed computer then travels to the software installation area. Most companies pre-load an operating system, along with other basic software onto the hard drive as a matter of convenience. Once the installation process is complete, the machine undergoes automated testing to ensure that all of its parts are present and working correctly. Then the product is boxed and shipped to its destination.

And a lot of this process is automated, in order to make it even speedier and more efficient. That said, there's still a lot of manual labor required to assemble both individual parts and final working computers.

That's a lot of work for a device that has an expected lifespan of perhaps 18 months to two years. On the next page you'll see more about why computer manufacturing is such an intense process, and how it affects us all. 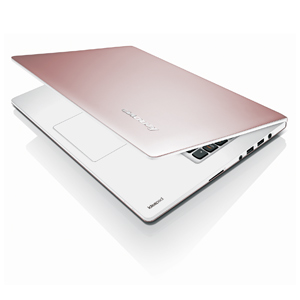 Whether it’s a svelte tablet or a full-size desktop computer, many natural resources and a lot of human labor go into making your high-tech digital toys.
Courtesy Lenovo

Computer manufacturing requires a ton of resources. Actually, it requires a couple of tons. In fact, a United Nations University study found that it takes about 1.8 tons of raw materials to make one desktop PC, meaning each computer requires about 10 times its weight in materials and chemicals before it's ready to go to work. That means computers are more demanding in terms of materials than say, a much bigger appliance, such as an oven or refrigerator, or even an automobile, which require roughly one to two times their own weight in materials.

A single computer chip, for instance, requires a significant number of materials for successful product. Fossil fuels that power the energy needed for all of the production processes are vital. And for each chip, around 3.5 pounds of fossil fuels are necessary.

Before it can leave the production line, each chip must be cleaned carefully with water. This flushing procedure for one chip can consume about 9 gallons of water [source: EnviroLiteracy]. It's no wonder, then, that more than 400 gallons of water are needed to make the entire computer.

Your computer also requires significant amounts of aluminum. Aluminum is great for devices, such as laptops and smartphones, which required rugged but lightweight cases or framework. In order to obtain aluminum, we have to mine for bauxite, which is then converted into aluminum oxide through an energy-intensive process.

Manufacturers could reduce the energy need to make one laptop, for example, by around 90 percent if they would use only recycled aluminum. However, in the United States, only about 30 percent of aluminum is recycled, meaning there's much less of this material to go around to various companies that want to use it.

The list of resources needed for electronics construction goes on and on. That's a primary reason that this organization encourages consumers to upgrade outdated computers instead of discarding them [source: InfoWorld].

It's definitely worth noting that there's also a human cost to massive production levels. As with all high-demand products, companies vie for price advantages by finding inexpensive labor wherever possible, even if it means using foreign workers. Sometimes those employees work intense hours at meager wages and in poor conditions [source: PCGlobal].

So long as our hunger for computers, tablets and smartphones grows, so too will the resources and labor needed to make them. It's a testament to the ingenuity and hard work of electronics makers that so many millions of devices make it retail outlets around the world every month of every year.

I landed my first job out of college at the headquarters of a major computer manufacturer. As part of my orientation, the human resources manager took me on a tour of the entire facility, including the factory floor. It was there that I first began to understand the sheer enormity of the tasks involved in computer making.

Hundreds of people scurrying to and fro, gathering parts, assembling components, in a ceaseless hum of activity designed to sate our desire for digital tools and toys. It's almost hard to believe that the end result of all of that labor and material cost, at most, maybe a couple of thousand dollars. Seeing it up close not only helped me appreciate the materials that go into each machine, but also the sweat and hard work of each person on the factory lines.