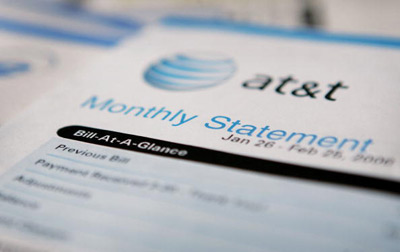 So who actually owns the Internet? There are two answers to this question:

If you think of the Internet as a unified, single entity, then no one owns it. There are organizations that determine the Internet's structure and how it works, but they don't have any ownership over the Internet itself. No government can lay claim to owning the Internet, nor can any company. The Internet is like the telephone system -- no one owns the whole thing.

From another point of view, thousands of people and organizations own the Internet. The Internet consists of lots of different bits and pieces, each of which has an owner. Some of these owners can control the quality and level of access you have to the Internet. They might not own the entire system, but they can impact your Internet experience.

Then you have all the smaller ISPs. Many individual consumers and businesses subscribe to ISPs that aren't part of the Internet backbone. These ISPs negotiate with the upstream ISPs for Internet access. Cable and DSL companies are examples of smaller ISPs. Such companies are concerned with what the industry calls the last mile -- the distance between the end consumer and Internet connectivity.

Within the backbone are Internet Exchange Points (IXPs), which are physical connections between networks that allow data exchanges. For example, while Sprint, Verizon and AT&T provide part of the Internet backbone's infrastructure, the three networks aren't intertwined. They connect together at an IXP. Several companies and non-profit organizations administer IXPs.

You might consider yourself to be an owner of the Internet. Do you own a device that you use to connect to the Internet? If so, that means the device you own becomes part of the enormous inter-networked system. You are the proud owner of part of the Internet -- it's just a very small part.

If no one owns the Internet, who is responsible for making sure everything works? Find out in the next section.

In the beginning, there was ARPANET

ARPANET was a network of computers housed in various universities, government agencies and research facilities. The people who built ARPANET designed many of the protocols that the Internet uses today. ARPANET connected to several other computer networks and the Internet was born. The agency responsible for ARPANET was the Defense Advanced Research Projects Agency (DARPA), a branch of the United States Department of Defense (DoD). Since ARPANET began as a U.S. government-sponsored project, you could argue that at one time, the U.S. government owned the Internet.