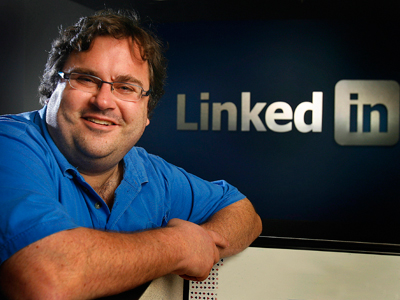 Some of the earliest sites that we would recognize as being similar to today's social networking sites appeared in the mid 1990s, when the Internet started growing in popularity. These early sites focused on letting users reconnect with people they had known in the past, or finding out how they were connected to other site users.

Friendster appeared in 2002 and followed a similar model, but it offered additional features like photo sharing and it quickly became the first of the "big" social networking sites. Since then, however, Friendster has declined in popularity and is no longer one of the top 20 social networking sites in the United States [source: Hitwise]. After Friendster came MySpace and Facebook, along with sites like Bebo, Hi5, Orkut and Yahoo! 360. In addition, dozens of sites catering to very specific regions or tastes have sprung up. Whether you're interested in books, video games, music or meeting people from Denmark, there's probably a social networking site for you.

The idea of an online community goes back much farther than the 1990s, however. Very early forms of the Internet were used to foster social networks. The earliest online communities were dial-up bulletin-board systems (BBSes) such as The Well and numerous other regional systems. While these early communities did not have the features users have come to expect of modern social networking sites, they shared the core idea of connecting people with common interests.

What Social Networking Sites Do

There are two things that a website must have to be defined as a social networking site:

1). The ability for users to create their own personal profile pages, containing whatever information they want to share about themselves.

2). The ability for users to link to each other and create a list of "friends" or "contacts" who can view each other's profiles and share social networking information.

Many social networking sites offer capabilities far beyond the basics, often based on the specific type of networking the site caters to. For example, a business networking site might allow users to post resumes or references. A photo sharing site would most likely have advanced image galleries built in, plus ways to rate or discuss other people's photos. A music-focused site could allow users to automatically upload lists of songs they listen to on their media players. New applications are expanding the capabilities of social networking sites every day, giving us more opportunities to interact with them (and, some might argue, fewer opportunities to get away from them).

Why are some sites more popular than others, and why do some sites fade in popularity after a while? Anyone who can give you a definite answer to that question is well on the way to becoming a millionaire. Actually, site popularity is defined by many complex factors. It also varies among different populations -- some sites are more popular with younger users, while some that are not well-known in the United States are popular in other countries.

Sometimes a fade in popularity can be attributed to a new site with more or more useful features. Sometimes it revolves around social networks themselves. For instance, a single user or group of users with a lot of connections can make a switch to a new site and bring all their contacts with them. Since every "friend" has his or her own friends, the ripple effect can eventually become enormous. For example, while Friendster has experienced a decline in American users, it has become enormously popular in the Philippines. Friendster traced the shift to one west coast American user who had many contacts in the Philippines [source: Woodard Maderazo].

For more information on social networking and related topics, take a look at the links on the next page.