Browse the article How to Start a Social Networking Site 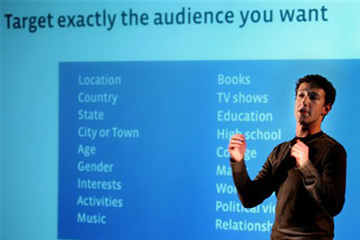 The World Wide Web is a powerful tool. It allows people to communicate and connect in ways that simply weren't possible a few decades ago. You can chat with friends on the other side of the planet, sharing photos and videos while you catch up. With the Web, you may be able to track down an old friend whom you've not seen in years. You can make new friends or even find your soul mate.

They can also be lucrative projects. Mark Zuckerberg launched Facebook in 2005 -- by 2008 he made the list of the 400 richest Americans with a net worth of $1.5 billion [source: Forbes]. The husband-and-wife team of Michael and Xochi Birch started the social networking site Bebo in 2005 as well. Three years later, AOL purchased the site and the couple netted $600 million [source: Mashable]. A quick glance at the history of online social networking sites will uncover several other remarkable success stories, too. 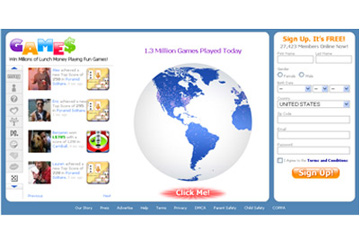 One way to raise money for your site is to seek out venture capital (VC). A venture capitalist is a person or organization that invests money into new businesses in the hopes that the business will succeed and return a profit to the investors. Many Web sites got their start via an initial VC boost that propelled them into success. A few, like the messaging service Twitter, have survived mainly on VC without any other real business plan.

Only a small percentage of startup businesses ever receive VC. You may either have to supply the capital you need to launch your site on your own or seek a loan from a more conventional source. Every approach carries with it some risk. You should give careful consideration to every move you make before committing -- make sure you can cover costs if the site takes longer to succeed than you'd planned.

Twitter became famous for not only being a popular social Web service, but also for lacking a business plan. Twitter stays afloat mainly through seeking rounds of VC. But that's not necessarily the best approach for the average business. You should take some time to formulate a business plan. How will your site make enough money to sustain itself or even turn a profit? This isn't an easy question -- even giant sites like YouTube still struggle with the answers. But if you don't spend time thinking about how your site will generate at least enough money to cover costs, your new project will have a very short shelf life.

It's also important to remember that business plans aren't set in stone. As time passes, you'll find it necessary to revisit your business plan and make adjustments. You may find that Web advertising is your best bet at generating revenue. Or you might develop an application platform for Web developers and charge them a small fee to incorporate their apps into your site. It's important to keep an open mind and remain flexible.

Starting a social networking site is a big job. You'll have to build a foundation for an online community and then respond to its needs as it grows. It's almost a guarantee that your users will begin to ask for things you never considered when you first sat down with your idea. But if you stick with it and really put in the effort, you may find that a social networking site can be a rewarding project.

This Investment is Just Right

One danger of seeking venture capitalism may seem counterintuitive: You could end up with an investment that's too large for your business. Eventually, you'll need to pay off that initial investment. If it's more than what you actually need to run your business, you could find that it's difficult or impossible to pay that investment off over time. Who would have thought too much money can be a bad thing?