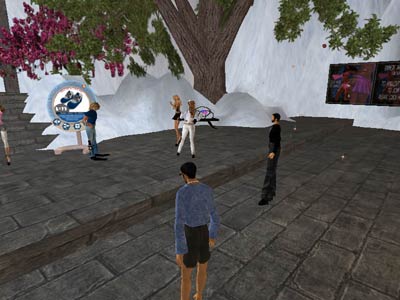 Few online social networking sites get as much attention as Second Life (SL), the three-dimensional virtual world where users, called residents, can preten­d to be whomever -- or whatever -- they want to be. Although it's an online environment, its influence reaches into the real world -- including a virtual economy that's dependent upon actual money. In reality, or perhaps virtual reality, Second Life is a complex environment filled with potential risks and rewards.

At its most basic level, Second Life is an online environment created by Linden Lab, a company based in San Francisco. Second Life is an online world in which residents create virtual representations of themselves, called avatars, and interact with other avatars, places or objects. Second Life isn't just a fancy chat room -- residents can do much more than communicate with one another. For one thing, they can contribute to the world around them, creating buildings, objects or even animations. Resident additions to the virtual world are called user-generated content, and this content is one of the factors that makes Second Life such a unique online environment. User-generated content also explains why Second Life is for adults only -- Linden Lab places few restrictions on residents, meaning that you can see some pretty raunchy creations while you're exploring the environment.

In Second Life, residents can go to social gatherings, live concerts, press conferences and even college classes. They can do a lot of things you can do in real life -- buy land, shop for clothes and gadgets or just visit with friends. They can also do things that are impossible in the real world -- avatars can fly or teleport to almost any location. Some residents design short programs, called scripts, which give avatars or objects new abilities, including special animations or the ability to generate copies of other objects.

In many ways, Second Life is similar to Massively Multiplayer Online Role Playing Games (MMORPGs). Like an MMORPG, users represent themselves with a customizable, three-dimensional figure that acts like a computer-generated puppet. Users navigate through an online world, encountering strange landscapes and new people. Unlike MMORPGs, residents in Second Life aren't in a game, though there are games inside Second Life's virtual environment. They inhabit a virtual world free of pre-determined goals or tasks, just like the real world.

In the next section, we'll become a little more oriented with the way Second Life's world is organized.

Membership Has Its Privileges

If you just want to explore Second Life, you can do it for free. A basic membership costs nothing and allows you to create an avatar and look around the world. If you want to buy land, you'll need to upgrade to a premium membership, which costs $9.95 a month. Concierge members are those who spend more than $125 a month on land-use fees. These users have access to an extensive support network.