10 Ways to Get the Most Out of iTunes

by Matt Cunningham
Prev NEXT
6

One of the beauties of iTunes is that it works like a brick-and-mortar library: In one program, you can organize and catalog your media files, then transfer them to mobile media players. But unlike a real-world library, iTunes may soon offer a unique feature: You can perform maintenance on your collection, keeping it up to date with the most current technology available.

The unprecedented speed with which the online world has evolved means that many early iTunes adopters may have media files that are several generations old. Songs that sounded fine on an older computer may not hit their full potential when the user upgrades to a new machine.

Apple hopes to address the issue of outdating as part of iTunes Match, a subscription-based service it plans to offer starting in late 2011. The service will allow users to access their iTunes libraries via cloud-based computing, giving them the ability to play any of their files on any compatible device, anywhere they have an Internet connection [source: Tsotsis].

In addition to making it easier and faster to access media, Apple says the service will identify older file formats in the user's library. The cloud-accessible "mirror" to the files will be in the 256Kbps, DRM-free iTunes Plus format. While some users have expressed concern that the format change may degrade sound quality on some files, it should be a major improvement for the oldest files in every long-time user's library [source: Foresman]. A subscription to iTunes Match is expected to cost around $25 per year. 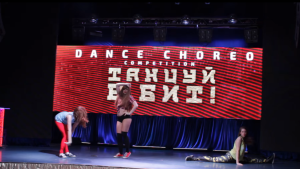