An example of a parallel port on the back of a desktop computer.
HowStuffWorks.com

If you have a printer connected to your computer, there is a good chance that it uses the parallel port. While USB is becoming increasingly popular, the parallel port is still a commonly used interface for printers.

Parallel ports can be used to connect a host of popular computer peripherals:

In this article, you will learn why it is called the parallel port, what it does and exactly how it operates.

Notice how the first 25 pins on the Centronics end match up with the pins of the first connector. With each byte the parallel port sends out, a handshaking signal is also sent so that the printer can latch the byte.

Parallel ports were originally developed by IBM as a way to connect a printer to your PC. When IBM was in the process of designing the PC, the company wanted the computer to work with printers offered by Centronics, a top printer manufacturer at the time. IBM decided not to use the same port interface on the computer that Centronics used on the printer.

Instead, IBM engineers coupled a 25-pin connector, DB-25, with a 36-pin Centronics connector to create a special cable to connect the printer to the computer. Other printer manufacturers ended up adopting the Centronics interface, making this strange hybrid cable an unlikely de facto standard.

When a PC sends data to a printer or other device using a parallel port, it sends 8 bits of data (1 byte) at a time. These 8 bits are transmitted parallel to each other, as opposed to the same eight bits being transmitted serially (all in a single row) through a serial port. The standard parallel port is capable of sending 50 to 100 kilobytes of data per second.

Let's take a closer look at what each pin does when used with a printer:

The original specification for parallel ports was unidirectional, meaning that data only traveled in one direction for each pin. With the introduction of the PS/2 in 1987, IBM offered a new bidirectional parallel port design. This mode is commonly known as Standard Parallel Port (SPP) and has completely replaced the original design. Bidirectional communication allows each device to receive data as well as transmit it. Many devices use the eight pins (2 through 9) originally designated for data. Using the same eight pins limits communication to half-duplex, meaning that information can only travel in one direction at a time. But pins 18 through 25, originally just used as grounds, can be used as data pins also. This allows for full-duplex (both directions at the same time) communication.

Enhanced Parallel Port (EPP) was created by Intel, Xircom and Zenith in 1991. EPP allows for much more data, 500 kilobytes to 2 megabytes, to be transferred each second. It was targeted specifically for non-printer devices that would attach to the parallel port, particularly storage devices that needed the highest possible transfer rate.

Close on the heels of the introduction of EPP, Microsoft and Hewlett Packard jointly announced a specification called Extended Capabilities Port (ECP) in 1992. While EPP was geared toward other devices, ECP was designed to provide improved speed and functionality for printers.

In 1994, the IEEE 1284 standard was released. It included the two specifications for parallel port devices, EPP and ECP. In order for them to work, both the operating system and the device must support the required specification. This is seldom a problem today since most computers support SPP, ECP and EPP and will detect which mode needs to be used, depending on the attached device. If you need to manually select a mode, you can do so through the BIOS on most computers.

For more information on parallel ports and related topics, check out the links on the next page.

Up Next
How Serial Ports Work
Explore More 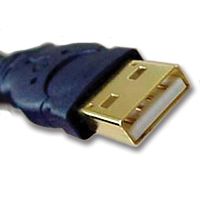 You May Like
How USB Ports Work
Explore More 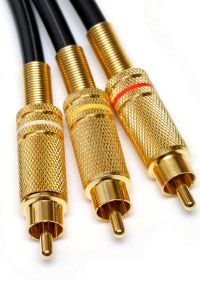 Keep Reading
How do I know which cables to use?
Explore More