Backbone of the Internet

In order to handle all the users of even a large private network, millions and millions of traffic packets must be sent at the same time. Some of the largest routers are made by Cisco Systems, Inc., a company that specializes in networking hardware. Cisco's Gigabit Switch Router 12000 series of routers is the sort of equipment that is used on the backbone of the Internet. These routers use the same sort of design as some of the most powerful supercomputers in the world, a design that ties many different processors together with a series of extremely fast switches. The 12000 series uses 200-MHz MIPS R5000 processors, the same type of processor used in the workstations that generate much of the computer animation and special effects used in movies. The largest model in the 12000 series, the 12016, uses a series of switches that can handle up to 320 billion bits of information per second and, when fully loaded with boards, move as many as 60 million packets of data every second. Beyond the computing power of the processors, these routers can handle so much information because they are very highly specialized. Relieved of the burden of displaying 3-D graphics and waiting for mouse input, modern processors and software can cope with amazing amounts of information.

Even with the computing power available in a very large router, how does it know which of the many possibilities for outbound connection a particular packet should take? The answer lies back in the configuration table. The router will scan the destination address and match that IP address against rules in the configuration table. The rules will say that packets in a particular group of addresses (a group that may be large or small, depending on precisely where the router is) should go in a specific direction. Next the router will check the performance of the primary connection in that direction against another set of rules. If the performance of the connection is good enough, the packet is sent, and the next packet handled. If the connection is not performing up to expected parameters, then an alternate is chosen and checked. Finally, a connection will be found with the best performance at a given moment, and the packet will be sent on its way. All of this happens in a tiny fraction of a second, and this activity goes on millions of times a second, around the world, 24 hours every day.

Knowing where and how to send a message is the most important job of a router. Some simple routers do this and nothing more. Other routers add additional functions to the jobs they perform. Rules about where messages from inside a company may be sent and from which companies messages are accepted can be applied to some routers. Others may have rules that help minimize the damage from "denial of service" attacks. The one constant is that modern networks, including the Internet, could not exist without the router.

For more information on routers and related topics, check out the links below. 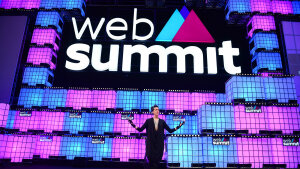