by Cherise Threewitt
Prev NEXT
10 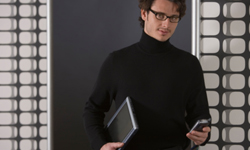 Touchnote claims an estimated delivery time of up to four days, but users say that it's often much longer and the production and delivery of the postcard can actually take a couple of weeks.
Comstock Images/Thinkstock

It's safe to say tablet users are accustomed to getting things delivered rather quickly. If the WiFi connection's too slow, there's potential for serious issues. (The days of dial-up are, thankfully, long forgotten.) We've been conditioned to crave instant gratification; prompt responses to emails and texts have become the norm. As for the regular old mail...well, we still need a way to get Netflix delivered.

So what's the deal with Touchnote? The concept is innovative, but the end result seems almost quaint -- take a photo with your tablet, upload it and add a message, and the service turns it into a postcard, delivered to the recipient of your choice. The app is a free download, and postcards cost $1.49 apiece in the United States (it's available in other countries, too, and costs vary). Though Touchnote claims an estimated delivery time of up to four days, users say that it's often much longer and the production and delivery of the postcard can actually take a couple of weeks [source: Android Market].

Delayed deliveries are the biggest gripe, though, and even if Touchnote sacrifices a bit of its convenience factor, it's still a cool idea. It's a bit more thoughtful than an email or text, and much more personal (and sincere) than uploading that same picture to Facebook with a caption of "Wish you were here."