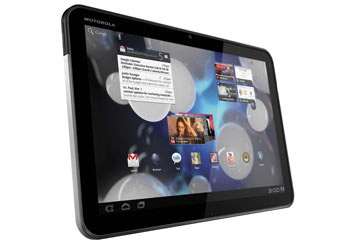 The Motorola Xoom hit the market in early 2011 and is the first device to run the tablet version of the Android operating system.
Motorola Mobility, Inc.

Just a few years ago, seeing a tablet computer in the hands of a consumer was a rare experience. There's a certain wow factor that goes along with holding a flat screen with a touch interface -- it feels like something out of "Star Trek." But it wasn't until Apple introduced the iPad in 2010 that tablets became more than just a curiosity.

Hot on the heels of Apple's runaway success in the tablet market was Google. Google introduced the Android operating system a few months after Steve Jobs unveiled the iPhone. While Google optimized the original build of Android for smartphone devices, the company continued to develop the mobile operating system. In 2011, Google introduced Honeycomb, also known as Android 3.0. Google designed this build of Android with tablet devices in mind.

Tablet computers fill a niche between smartphones and personal computers -- tablets tend to have faster processors than your typical smartphone but fall short of the processing power you'll find in an average computer. You can watch videos, listen to music, surf the Web, read electronic documents, play games and launch apps from a tablet. Many companies are working hard to create apps, services and content geared specifically for the tablet form factor. It's not a stretch to say that tablets are part of a new model for content creation. 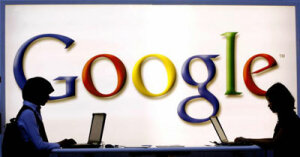