by Cherise Threewitt
Prev NEXT
7 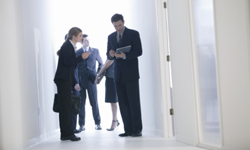 Google Docs is a cloud storage service specifically for documents (as the name implies). But that doesn't mean it's laden down with limitations. Google Docs allows its users to work with text documents, presentations, image files and spreadsheets. Document owners can grant different levels of permission (such as editing, sharing or read-only access) to collaborators, and files can even be modified on the go. One of the coolest features is the ability to take a photo of any printed text document, and, when uploaded, Google will convert the photo into a Google Docs file. The service is free, and as GMail users already know, the storage limits are nearly nonexistent.

In a lot of cases where there is overlap between a service and an app, it's hard to tell where one really ends and the other begins, raising the question of whether or not the app is actually necessary. If it's faster or easier to go straight to the source, the app is usually somewhat unnecessary, existing only so its developers can say it's there. But Google has never been about the superfluous. True, the search engine may come back with a lifetime's worth of links, but Google services tend to be clean and elegant, basic without being stingy. And it makes sense that a Google-designed app for a fine-tuned Google service developed specifically to run on a Google-owned platform would epitomize everything that Google stands for. So it's no surprise that PC World Magazine reports that the Google Docs Android tablet app is noteworthy mostly for its especially well designed integration with the web-based Google Docs service [source: Strohmeyer].