How to Choose an Android Tablet 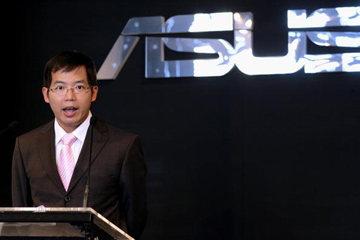 In 2010, Asus announced it would launch two tablets, including one running the Android operating system.
Geri Lavrov/Getty Images

Before you set out to buy an Android tablet, you need to ask yourself a few questions. Are you prepared for a device that has a learning curve? Navigating an Android device is a learning experience. Other operating systems may prove to be more intuitive, but you'll have a lot of flexibility with an Android device.

The next question to ask is how much are you willing to spend? Because there are dozens of different Android tablets from various manufacturers on the market, prices vary more than with Apple's iPad line. But the saying "you get what you pay for" comes into play -- less-expensive tablets may be made from cheaper materials and feature an older version of the Android operating system.

Researching the products is important. If you want a device that can run the latest apps and has all the features Android allows, you'll want to concentrate on the tablets with the most recent build of the Android operating system. Older Android tablets may not be able to run more advanced versions of the operating system, limiting your options.

Don't leave out a review of the hardware. Not all Android tablets are equal. If you want a tablet that lets you make video calls, you'll want one that has a forward-facing camera. If you plan to store a lot of content on your device, including movies, music and apps, you'll probably want a tablet with expandable storage like an SD-card slot. Will you want to use your Android tablet on the road? If so, you may want one with a cellular antenna so that you can access the Internet even if you're not near a Wi-Fi network. Keep in mind that you may have to subscribe to a cellular service plan to take advantage of this feature.

Android tablets come in different shapes and sizes. You'll need to decide which form factor best suits your needs. Do you want something really portable that can slip into an oversized pocket or a small bag? Do you prefer a device with a lot of screen real estate? If you plan to use your tablet to watch a lot of video content you may want one with a larger screen.

Make sure you read product reviews before you settle on any one device. Reviews might point out flaws in the hardware design or implementation. They might also give you more insight as to how you'd use the tablet. It's a good idea to get your reviews from several sources no matter what product you're considering to purchase.

The good news is that there are so many Android tablets on the market that one of them is bound to fit your needs. You just have to figure out what those needs are before you head out to the store.

To learn more about tablets and the Android operating system, follow the links below.