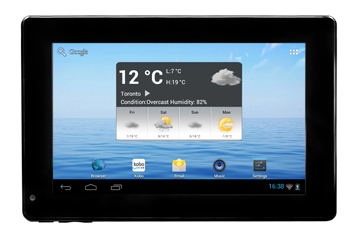 There are three classes of Nextbook USA tablets. This one is a 7-incher in the Premium SE line.
Courtesy E FUN

Tablet PCs are the new computer superstars. Smaller than laptops but bigger than your smartphone, tablets offer a pleasant mix of power and fun that you won't see in any other device. No wonder some experts expect that tablets sales could hit roughly 300 million units by 2015 [source: Guardian].

Apple's seemingly omnipresent iPad is expected to make up the bulk of those shipments. But plenty of other companies want a piece of the tablet pie -- and they see an opportunity in offering lower-priced models far cheaper than the iPad.

Nextbook is just one of numerous brands focused on providing budget-priced tablets. Like so many similar companies, Nextbook jumped into the market thanks to Google's Android OS (operating system), which is open-source and free, and thus, not subject to huge software licensing fees that would otherwise serve as a significant barrier to entry.

With an OS in hand, the primary concern becomes hardware. On these tablets, you won't find bleeding-edge CPUs and loads of RAM. Rather, they have slower processors, less RAM and storage capacity that befits budget-priced machines.

However, Nextbook is continually tweaking its lineup. All of its tablets are engineered and manufactured by E-FUN Inc, which is based in California. The company's small size means it can reengineer tablets on a short timeline and ship them fast, too. As evidence, you'll see dual-core tablets from them soon.

Inexpensive computer products, no matter the brand, often garner mixed reviews. The same goes for this lineup of Nextbook tablets. Some users get frustrated with what they see as aggravating limitations. Others, however, view these devices as an affordable way to get their hands on a fun tablet without jacking their credit card balance into the stratosphere.

Like the idea of tablet computing on a budget? Keep reading, and we'll show you exactly what kind of computer power you get for surprisingly low prices. 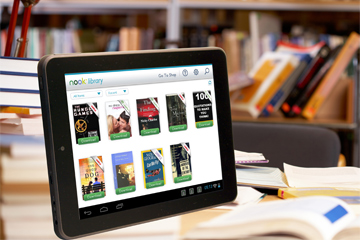 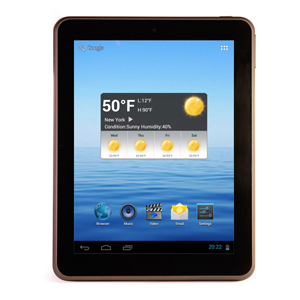 Nextbook representatives say that consumers almost always choose the 8-inch version after they see it side-by-side with a 7-inch model, primarily because they love the larger display.
Courtesy E FUN

It's one thing to amass a collection of tablet hardware and sew it together with the Android OS. Assembling all of those components into a sleek, fast and usable machine is another feat altogether. It seems that Nextbook's tablets have succeeded in some aspects and perhaps failed in others.

Online reviews of the Classic series are decidedly mixed. Yet anyone who expects a full, flawless tablet experience for under $150 might have unrealistic expectations. With outdated CPUs and little RAM, you can't anticipate fast performance or lickety-split multitasking ability. On the other hand, reviews of the Premium SE models are more positive. Users praise the snappy performance and crisp displays.

But online reviews only tell part of the story. One of the most important things to realize about these products is that although they are indeed Android-based, they don't have all of Android's features. Most glaringly, they won't let you access the Google Play store, the online clearinghouse for thousands of Android apps. Instead, you're stuck with GetJar, a lesser-known third-party store. GetJar does have more than 350,000 Android apps, but if you're a hardcore app freak, you'll undoubtedly miss titles from the official Google store.

Company representatives are quick to point out that they've requested certification for the Google Play store. They expect to offer full access to Google Play soon.

Nextbook highlights its partnership with Barnes & Noble. Customers in the United States use the Nook app to find and download new books, while those in Canada engage the Kobo Books app instead. In comparison to other e-readers, there are notable differences. Of course, the full-color display is great for Web surfing and other tasks, but for reading in bright light, monochrome e-readers (such as the Kindle) are often superior.

But it's worth noting that you'll easily find Nextbook tablets for sale online far below their suggested retail price. So these already wallet-conscious products are actually even more affordable than at first glance.

Before you jump to buy a low-cost electronic gadget of any kind, it's always worth weighing the pros and cons. If you're bent on getting a full-fledged tablet experience, with access to every raved-about app and all of the bells and whistles, a Nextbook probably isn't the best choice for you. But if you just want a tablet for light use, including e-books and Web surfing, you might find that one of these models fits your lifestyle very well, and at a remarkably low price, too.

Smartphones are great devices, but one of their biggest assets -- their pocket-friendly size -- is a major drawback when it comes to screen size. Tablets, then, are one way to get much of the smartphone experience without graduating all the way to an ultrabook or a full-sized laptop. But tablets themselves often have an Achilles heel in the form of high prices. Manufacturers understand your frustrations and it's why they're clambering all over each other to offer tablets at much lower prices. Not every low-cost tablet is worth having, so be sure to do your homework, but gadget geeks should rejoice in their rapidly expanding number of tablet options.