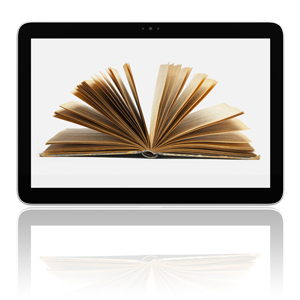 Which tablet e-reader comes out on top?
iStockphoto/Thinkstock

The tech industry has served as a battleground for some notable rivalries. The PC versus Mac wars are going on strong more than 20 years after Apple launched the Macintosh line of computers. Microsoft, Apple and Google have been in some high-profile squabbles over the years. Then there's the seemingly endless series of patent wars between various companies claiming intellectual property violations.

One of the more recent wars is being fought over a particular niche in the tech market -- low-cost tablets. Two of the combatants come to the tablet platform over the same pathway: electronic publishing. The rivals are Amazon with its Kindle Fire tablet and Barnes & Noble with the Nook Tablet.

The Kindle Fire and the Nook Tablet evolved from electronic-ink-screen e-readers. These gadgets are reading devices capable of displaying electronic text in black and white, using technology from a company called eInk. The devices are are portable, capable of carrying a small library's worth of books and they drain very little power. The tablets go several steps further -- they ditch the eInk for color LCD screens, a touch-screen interface and the ability to display multiple kinds of media. You can still read a book on either device if you like, but you can also watch movies, listen to music, surf the Web, send e-mail, play games and run thousands of different applications on them.

In this article, we'll take a look at the two devices and determine which of them comes out on top. Let's start by comparing and contrasting the contenders.

The Tale of the Tape 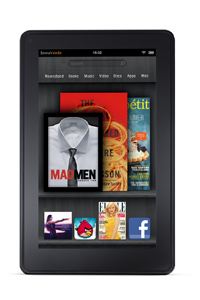 The Nook Tablet and Kindle Fire are in many ways similar. They are both tablet devices with a 7-inch (17.8-centimeter) touch-screen display. Both devices run a customized version of Google's Android operating system. Both can run Android apps and both have curated versions of Google's app store. If you want to access the full suite of apps available to Android devices, you're out of luck -- neither the Kindle Fire nor the Nook Tablet can access the full Android store.

The Kindle Fire and the Nook Tablet each have a dual-core, 1-gigahertz processor. Screen resolution for both devices is 1,024 by 600 pixels. They each have a 3.5-millimeter (0.14-inch) headphone jack. Both can connect to WiFi and both lack a cellular antenna. Neither device has Bluetooth support, a GPS receiver or camera.

From a hardware perspective, the Nook has the edge over the Kindle Fire. You can buy a Nook with more storage space and memory than what's available from Amazon's tablet. But hardware isn't the whole story. Something else that differentiates the two tablets may be even more important: content. 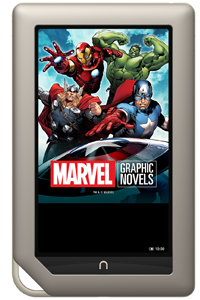 Customers who purchase a Kindle Fire get a month-long trial of Amazon's preferred customer program called Amazon Prime. Amazon Prime members enjoy perks like free two-day shipping on orders from Amazon's warehouses. They also have access to digital assets like Amazon Prime videos, which include TV shows and movies that may not be found on other streaming services. If you're a Netflix or Hulu Plus customer, you can download apps to access those services on a Kindle Fire as well. After the month-long trial, customers will have to pay a $79 fee to keep their Prime memberships valid.

The Nook Tablet also supports apps from services like Hulu Plus and Netflix. But Barnes & Noble doesn't have a service comparable to Amazon Prime. The company does offer free trials with several providers, including video and audio services. Ultimately, you'll have to pay up to keep your access to the programming.

Another benefit to being an Amazon Prime member is access to a digital lending library. Amazon has more than 140,000 titles in its lending library that you can access for free. And with this library, you don't have to worry about late fees -- you can keep a title for as long as it's available within the library, assuming you maintain your Amazon Prime membership. Amazon carries around 1 million electronic books in its Kindle book store for purchase [source: Amazon].

That's what your choice boils down to -- how you'll use your tablet. If you want to watch a lot of video and you enjoy online shopping, it's hard to argue against the Kindle Fire with its wide choice for media options and Amazon Prime perks. If you're an electronic bookworm, the Nook Tablet will give you access to the world's largest electronic bookstore. If you just want an inexpensive Android tablet with all the bells and whistles, you could avoid the question entirely and order a Nexus 7 tablet instead. Which features do you find to be the most important?

When the Nook Tablet debuted, several of my friends jumped at the chance to pick one up. Their intent was to root the device and run a standard version of the Android operating system on the hardware. I held off purchasing my own gadget -- instead, I picked up an e-reader with eInk. I prefer reading on that type of screen. In my electronic book, both the Nook Tablet and the Kindle Fire are good devices, but weren't exactly what I wanted.