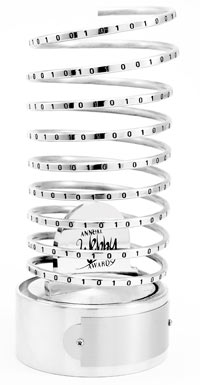 The Webby Awards selection process works much like that of other major awards. People who are affiliated with Web sites, or who have permission to represent those Web sites, submit entries to the Academy and pay a fee to do so. This fee does not guarantee that the site will win an award -- it simply grants the site a place in the pool of entries. This is much like the nomination process for the Emmy Awards, but different from the Grammy Awards, in which the Recording Academy's members nominate artists for awards.

Companies that have some kind of presence on the Web can enter in four categories:

In order to be eligible for an award, sites must be:

Competing sites must also be accessible to the primarily English-speaking Academy members. Non-English film and video entries must be dubbed in English so the judges can understand them.

Once the deadline for nominations passes, site reviewers, who are experts in related fields, judge each of the nominees. Reviewers aren't permitted to discuss their analysis with other reviewers, and they can't review sites that present a conflict of interest. At least two judges review each site, and the Academy compiles a list of results into a short list of finalists. Academy members review the short list and narrow it down to five nominees in each category.

The Academy has specific judging criteria for Web sites, videos, advertisements and mobile applications. The overall experience is part of every category. When judging Web sites and mobile sites, reviewers look at several aspects, including content, structure, navigation, visual design, functionality and interactivity. Criteria for advertising entries include creativity and integration. For video and film entries, reviewers look at the concept and writing and the craft of the finished piece. Academy members weigh the criteria differently depending on the purpose of the site.

Academy members can vote for one site in each category that is within their area of expertise. The Academy also designates exceptional sites that do not earn a nomination or award as Official Honorees. A maximum of 20 percent of the sites entered can become Official Honorees. Members of the public get to vote, too -- in each category, the site that receives the most public votes wins the People's Voice Award. All voting takes place online, and the independent firm PriceWaterhouseCoopers oversees the process to make sure the final tallies are accurate.

In 2010, the selection process for the Webby Awards involved narrowing down a pool of more than 10,000 entries from all 50 U.S. states and more than 60 countries. Next, we'll look at what happens when the votes are all tallied and it's time to hand out the awards.

The International Academy of Digital Arts and Sciences has more than 750 members who specialize in each of the four categories included in the Webby Awards. Members include "Simpsons" creator Matt Groening, Scott Adams of "Dilbert," Jerry Greenfield of Ben & Jerry's, Arianna Huffington and musicians Beck and David Bowie. Other members include professors, industry professionals, business leaders and journalists. The Academy has a full roster of its members.