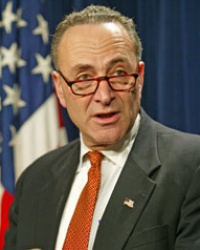 The MyDoom (or Novarg) virus is another worm that can create a backdoor in the victim computer's operating system. The original MyDoom virus -- there have been several variants -- had two triggers. One trigger caused the virus to begin a denial of service (DoS) attack starting Feb. 1, 2004. The second trigger commanded the virus to stop distributing itself on Feb. 12, 2004. Even after the virus stopped spreading, the backdoors created during the initial infections remained active [source: Symantec].

MyDoom spread through e-mail and peer-to-peer networks. According to the security firm MessageLabs, one in every 12 e-mail messages carried the virus at one time [source: BBC]. Like the Klez virus, MyDoom could spoof e-mails so that it became very difficult to track the source of the infection.

Not all viruses cause severe damage to computers or destroy networks. Some just cause computers to act in odd ways. An early virus called Ping-Pong created a bouncing ball graphic, but didn't seriously damage the infected computer. There are several joke programs that might make a computer owner think his or her computer is infected, but they're really harmless applications that don't self-replicate. When in doubt, it's best to let an antivirus program remove the application.

Next, we'll take a look at a pair of viruses created by the same hacker: the Sasser and Netsky viruses.