by Jacob Clifton
Prev NEXT
3

The past can get a little fuzzy, but most of us remember that time right before Wikipedia's debut when "wiki" was its own dominant concept. Television fandoms and other information-rich communities still maintain wikis full of user-edited and -confirmed facts about the things that they love. What makes Wikipedia special is the size and devotion of its community; despite what your high school English teacher has to say about it, the fact that "anybody" can edit Wikipedia pages doesn't necessarily make the information invalid. All accepted knowledge is written by committee, as they say.

And what does that have to do with Google? SearchWiki, Knol and SideWiki, that's what. A whole sequence of Wikipedia add-ons and alternatives, developed by Google since the summer of 2008. Couldn't beat 'em (Knol, a collection of user-written articles), couldn't join 'em (SearchWiki, which enabled users to sort and annotate search results), finally gave up (SideWiki, a browser extension to annotate Web pages).

Any attempt at a "Wikipedia killer" -- even one administrated by user-beloved Google -- was never going to measure up in sheer crowdsourcing power, and Knol shuttered in May of 2012 [source: Albanesius]. Perhaps if there had been any outstanding problems in the Wikipedia interface, Knol would have had a shot, but the fact is that Wikipedia's pretty solid, offering enough usefulness to every level of user -- from the novice, to experts on the very subjects they're reading about, which is pretty amazing if you think about it -- that everyone is welcome both to search and to provide the information being searched, often at once.

As for SearchWiki, users seemed reluctant to mess with Google's organic search results, so it was replaced with a star system in late 2010. [source: Dupont]. In SideWiki's case, users never really took to the use of a sidebar to comment on Web pages, and Google pulled the plug in September 2011 [source: Eustace]. 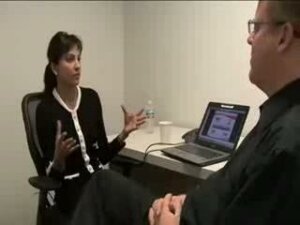