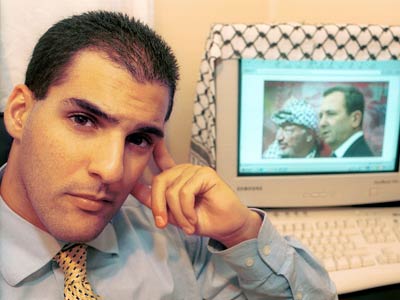 While there are many different cyberwar scenarios we could look into, in general you can break down the strategies into two major categories. Let's take a look at each one in detail.

The first major strategy is the Pearl Harbor attack, named after the surprise attack on the naval base at Pearl Harbor, Hawaii, in 1941. This kind of attack involves a massive cyber assault on major computer systems. Hackers would first infiltrate these systems and then sabotage them. They might shut down part or all of a nation's power grid or attack water and fuel lines.

Another approach is to use computer viruses to do the dirty work. Viruses like Code Red, Slammer and Nimda spread rapidly across the Internet. Code Red directed infected computers to attack the White House Web site. These viruses caused billions of dollars worth of damage as companies and governments had to repair computer systems affected by the viruses. Viruses offer hackers a low-risk/high-reward attack because it can be difficult to track down the programmers who unleash them.

Pearl Harbor attacks can be frightening all on their own, but some security experts worry that enemies could coordinate a cyber attack with a physical assault. Imagine your city's power supply winking out in an instant, and within moments you hear the sound of explosions going off in the distance. Such an attack could not only cause a lot of damage, it would be a powerful psychological tactic. Some experts worry that terrorist organizations like Al Qaeda are working on plans that follow this strategy.

­The other method of attack is much more subtle but just as dangerous. Instead of committing a massive cyber assault, the enemy would infiltrate computer systems and just watch and wait. This strategy involves spying and r­econnaissance. The key is to avoid detection and gather as much information as possible. The enemy could use that information to target weak points in the victim nation's infrastructure.

A hacker who has managed to infiltrate a system can also sabotage that system in a more gradual way that avoids detection. By tweaking lines of code in subtle ways, the hacker can make systems less accurate and less reliable over months or even years. This long-term strategy might eventually lead to the system becoming completely unreliable or unresponsive. This method takes longer to implement than a Pearl Harbor attack but it's also more difficult to detect and prevent or repair.

A hidden hacker could even insert computer viruses into an infiltrated system. Not all viruses attack instantaneously. Some hackers build in triggers that they can activate with a manual command. Others use time-activated triggers that will release a virus on a certain date.

How can nations defend against cyber warfare? Find out in the next section.

Water and fuel systems often use system controls and data acquisition (SCADA) control systems. That's because SCADA systems can automate many tasks by taking cyber commands and converting them into real world actions like opening a valve in a fuel line or shutting off a power grid. But most SCADA systems run on the same software -- mainly Microsoft products -- that happen to have well-known vulnerabilities.