Why do we need data centers? 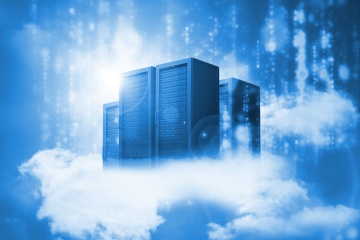 The idea that cloud computing means data isn’t stored on computer hardware isn’t accurate. Your data may not be on your local machine, but it has to be housed on physical drives somewhere -- in a data center.
© Wavebreak Media/Thinkstock

Despite the fact that hardware is constantly getting smaller, faster and more powerful, we are an increasingly data-hungry species, and the demand for processing power, storage space and information in general is growing and constantly threatening to outstrip companies' abilities to deliver.

Any entity that generates or uses data has the need for data centers on some level, including government agencies, educational bodies, telecommunications companies, financial institutions, retailers of all sizes, and the purveyors of online information and social networking services such as Google and Facebook. Lack of fast and reliable access to data can mean an inability to provide vital services or loss of customer satisfaction and revenue.

A study by International Data Corporation for EMC estimated that 1.8 trillion gigabytes (GB), or around 1.8 zettabytes (ZB), of digital information was created in 2011 [sources: Glanz, EMC, Phneah]. The amount of data in 2012 was approximately 2.8 ZB and is expected to rise to 40 ZB by the year 2020 [sources: Courtney, Digital Science Series, EMC].

All of this media has to be stored somewhere. And these days, more and more things are also moving into the cloud, meaning that rather than running or storing them on our own home or work computers, we are accessing them via the host servers of cloud providers. Many companies are also moving their professional applications to cloud services to cut back on the cost of running their own centralized computing networks and servers.

The cloud doesn't mean that the applications and data are not housed on computing hardware. It just means that someone else maintains the hardware and software at remote locations where the clients and their customers can access them via the Internet. And those locations are data centers.