How the Googleplex Works 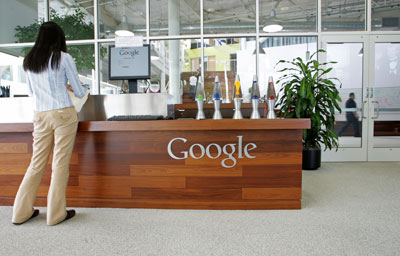 A typical building lobby at the Googleplex.
Justin Sullivan/Getty Images

Rumors of a Google day care facility sprung up in 2004. A short time later, Google announced a program with the Children's Creative Learning Centers, Inc (CCLC). A school 2 miles away from the Googleplex hosted the service. In true Google fashion, the company called the day care program the Kinderplex.

The CCLC oversees several day care programs and follows a play-based child care philosophy. The children in the Kinderplex program engaged in various play activities. They also learned yoga as part of an exercise program.

The service was never free, but Google subsidized it so that more Google employees could take advantage of the program. Part of the subsidy went toward meals: Kids received free breakfast, lunch and snacks at the center. Google leveraged the Kinderplex as part of its benefits program when recruiting prospective employees.

In 2008, Google decided to change its day care service to make the entire program more like the Woods. The new program will cost employees more than twice as much as the old one. According to several reports, some Google employees were moved to tears at the announcement. Why the sudden hike in price?

One reason is due to the style of learning. While the Kinderplex focused on play-based learning, the new child care program follows the Reggio Emilia philosophy. Founded by Loris Malaguzzi, this approach depends upon each individual child. As the child begins to show interests in particular activities or subjects, the teacher adjusts the program to give the child more access to those things. Communication and interaction are important, as are aesthetic concerns like the physical surroundings and artwork in the room.

Class sizes are small and the teachers have relatively high salaries. The wait list to get into Google's day care program is hundreds of names long. Google is now charging parents to stay on the waiting list. Coupled with the new higher prices for day care, the list's length has decreased over time. Some people within Google argue that the only people who can afford in-house day care now are top level executives.

Discussions regarding the day care situation are likely to continue. Google's programs usually receive an equal mixture of praise and awe. The day care program is a rare example of an internal Google initiative that draws criticism.

Most of the Googleplex's facilities and programs continue to attract potential employees. While Google may have hit a speed bump in the day care program, other initiatives still garner positive attention. The Googleplex and its programs help put Google at the top of Fortune magazine's 100 Best Companies to Work For list in 2008 [source: Fortune]. There's no shortage of people wanting to join Google's ranks. And once they get there, they might discover that they don't want to leave. That's just how Google likes it.

To learn more about Google and related topics, take a look at the links below.

So how much do Google employees pay to have in-house child day care? The Kinderplex program cost approximately $33,000 a year for parents. The new Google day care program is more than $57,000 per year [source: Nocera].