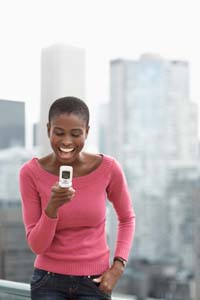 If you're looking for an easy, inexpensive way to send instant messages, Google Talk may be right for you. While it doesn't offer as many features as AOL Instant Messenger, Yahoo Messenger or Microsoft Windows Live Messenger, Google Talk messaging is uncluttered with ads and free to use.

Once you download Google Talk, you're set for instant messaging from your computer or through a browser, although only with other Google Talk or Gmail users.

But Google Talk has its fans among users who want a straightforward IMing service. And although Google Talk started lean, it keeps adding features like file transmission through chat windows, PC-to-PC voice calls and voice mail, emoticons, Google Talk on your Google home page, and chatback for your blog [source: CNet].

What are some of the features of Google Talk? How do you use it? And, what's Google Talk Gadget? Let's start with the basics.

Forget e-mail; it's too slow. Teens would rather stay in touch by instant messaging each other. In fact, nearly 76 percent of teens worldwide IM their friends, and IMing is the most popular communications tool among teens in most countries. That's according to results of a survey in October and November 2007 of 58,486 teens in 31 countries by Habbo, a teen-oriented virtual world and online community. And where does e-mail fit in? Not as a social tool. The teens said they reserve e-mail for school, work and corresponding with family members.