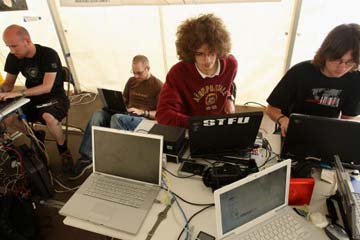 You know you're living in the new millennium when one of the Obama administration's newest positions is nicknamed the "cyberczar." In May 2009, President Obama formally announced his plans to appoint a national cybersecurity adviser, charged with protecting computer networks in the United States -- which Obama referred to as "strategic national assets" -- from hacking and spying [source: Zetter].

Cybersecurity isn't a new topic making the rounds in Washington. In 2007, the Commission on Cybersecurity for the 44th President, within the Center for Strategic and International Studies, was tasked with examining public policy and issues surrounding cybersecurity and developing recommendations for its improvement. According to the commission's executive summary, the vulnerability of computer networks has become a national security problem.

Computer hacking has evolved from a casual tech sport into a full-blown nefarious industry. With vast amounts of personal information floating around on the Internet, people are constantly at risk for identity theft and the ripple effect of stolen money. For instance, in 2008, the FBI reported $264.6 million lost due to Internet fraud [source: Internet Crime Complaint Center]. The federal government has even more at stake than bank account numbers and birth dates, though. In addition to the appointment of the cyberczar, the Department of Defense plans to establish a U.S. Cyber Command Center to combat the tide of online threats against its networks and classified government data.

The recent series of cyber-attacks on July 4, 2009, highlighted why we need online safeguards. That weekend, government and public Web sites in the United States and South Korea were assaulted with denial-of-service attacks (DoS), which are essentially virus programs that flood sites with traffic and temporarily disable them. North Korea, which isn't even known for having high-tech hacking capabilities, was suspected as the perpetrator [source: Olsen]. While the North Korea allegation hasn't been confirmed, the hackers targeted at least nine U.S. sites, including the White House, Treasury Department and National Security Agency (which is, incidentally, where the future U.S. Cyber Command Center is slated to be stationed) [source: Olsen]. In South Korea, the DoS attacks clogged more than 20 sites.

Harassing a handful of Web sites is one thing, but does one hacker have the technological wherewithal to bring down an entire country's network? In a word: yes. 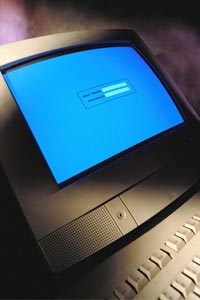 Is the Chinese army hacking American computers?
We Just Got Closer to Creating Unbreakable Quantum Enigma Machines
HowStuffWorks Illustrated: What Is Blockchain?