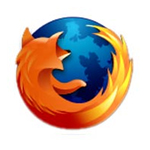 The origins of Firefox can be traced directly to Netscape, a compan­y whose Web browser, Netscape Navigator, was the dominant browser before Microsoft developed Internet Explorer. The internal company name for the browser was Mozilla. Eventually, Netscape released the source code for Navigator under an open source license, meaning anyone could see and use the code. A non-profit group was set up to direct the development of browsers using this code. This group became the Mozilla Foundation in 2003.

However, Firefox is not the browser the Mozilla group would have released if everything had gone as planned. Like Netscape Navigator before it, the Mozilla software was becoming bigger and bigger as more features were added in -- a problem in software development known as "feature creep" or "bloat." Enter Blake Ross, a computer enthusiast who first started helping out the Mozilla project as a hobby when he was 14. Instead of accepting feature creep, Ross decided to start developing his own Mozilla-based browser, focusing on a streamlined and simple version. Software developer Dave Hyatt also played a major role. Ross was joined by Ben Goodger in 2003, and development progressed rapidly from that point.

At first, the browser that would be known as Firefox was known as Phoenix. There were trademark problems, however, so the name was changed to Firebird. Another software company had a project known as Firebird, so the name changed again. Firefox was chosen because it was distinctive, and no one else was using it (although it turned out a European company did own the trademark to the word Firefox, and a deal was reached).

When Firefox was still in the beta stage (when a program hasn't been publicly released, but people can download and use it to help find and fix problems), it was already generating a healthy buzz among tech-savvy Web surfers. In just four months after the official release on Nov. 9, 2004, an estimated 23 million people downloaded Firefox. Web tracker OneStat.com reported on Nov. 22, 2004, that Internet Explorer's share of Web browser use had dropped five percent since May of that year. Firefox had a user percentage of 4.5 percent. Current estimates (as of September 2009) have Firefox's market share at nearly 20 percent [source: Net Applications].

Next, learn about the basics of Firefox and how to download it.

According to W3Schools, an educational site focusing on Web tutorials, more than 47 percent of its visitors use the Firefox Web browser [source: W3Schools].

Internet Explorer has dropped to second place with 39.3 percent split between IE 6, IE 7 and IE 8.