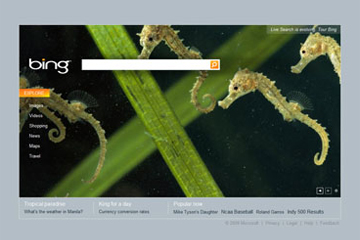 The popularity of the personal computer as a business tool has a lot to do with a company founded by two men, Paul Allen and Bill Gates. In 1975 the duo wrote a version of BASIC for one of the very first personal computers, the Micro Instrumentation and Telemetry Systems (MITS) Altair [source: Microsoft]. It wouldn't be long before their success would lead them to found their own software company called Micro-Soft.

Now, after more than 30 years, one corporate name change and several operating systems later, Microsoft is on top of the computer world. In the meantime, Gates and Allen have become billionaires, with Gates reigning as the richest man in the world. Even an $18 billion loss in 2008 didn't knock him off the top [source: Forbes].

And of course Microsoft creates more than just operating systems. It's also responsible for the immensely popular Office suite of productivity software, the Xbox video game console, the Zune portable music player and more. But despite its size and stature, Microsoft doesn't dominate every market in which it participates. For years it has struggled to compete in the Internet search engine market. It's got stiff competition -- with more than 60 percent of the market share, Google is the undisputed king of search engines. In order to compete with Google more actively, Microsoft decided to replace its Live Search product with a new search offering called Bing.

This article will give you a close look at some of the features found in Bing. Later, you'll will see how the two sites stack up in a side-by-side comparison. But first, you should know that Microsoft doesn't refer to Bing as a search engine at all. To see how Microsoft has decided to refer to its new product and why, take a look at the next page. 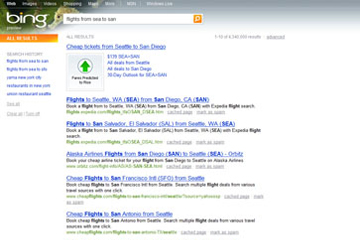 Microsoft refers to Bing as a "decision engine." With nearly 240 million Web sites on the Internet as of July 2009, you can imagine how vital an effective search method can be to the success of any search engine [source: Netcraft].

So what's the difference between a search engine and a decision engine? Perhaps it's philosophical. According to Microsoft, Bing is designed to minimize the amount of junk you get when you perform a search and to help simplify tasks so you can make the most informed decision.

Bing focuses on four target areas: shopping, travel, local and health. Its stated underlying goal is to simplify search. It starts with Bing's homepage, which displays a search box in the middle of a colorful image and a row of clear links on the left of the page that bring up results for video, news, shopping, images, travel or maps. Once you begin your search, Bing has an Autosuggest feature that recommends words based on the first few letters you type, then lists them for you to chose if one should meet your match. Best Match is similar to Autosuggest -- it offers you what Bing believes is the most suitable match.

Deep Links let users preview a Web site without actually clicking on the link. Depending on whether enough information is available to create the preview, you can hover your mouse pointer over a link for a site in your search results, which gives you an idea of what you can expect if you click through. According to Microsoft, 24 percent of clickthroughs for search results result in return clicks once users realize the site isn't what they're looking for [source: Microsoft].

For quick bits of information like flight numbers and sports scores, Instant Answers quickly displays the most relevant information based on your query. This means if you have a timely or geographically oriented question, Bing will tailor the result to focus on the most important data, hopefully saving you time. Bing Travel is a travel feature using the popular Farecast technology which allows users to find low air fares as well as hotel reservations. Microsoft did its homework when adding this search feature -- according to a study cited by Time magazine, Farecast returned more that 75 percent accuracy rate for searches and users saved and average of $55 off their airfare [source: McNichol].

So how does a computer program do all of this? The answer is in the programming code. Just as its competitor Google did, Bing employs an advanced set of rules or instructions that each search goes through in order to narrow down and filter the best results. These sets of rules are known as algorithms, and, much like a certain fast-food chicken restaurant's secret recipe, Microsoft isn't willing to share the nuances of how Bing's brain works in a public forum. Some trade secrets are still kept confidential.

Now that you've learned what Bing offers, let's see how it stacks up against the search engine of choice for more than half the Internet users in the world. 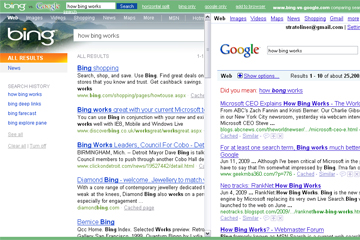 For more information on search engines and related topics, make the decision to take a look at the links on the next page.