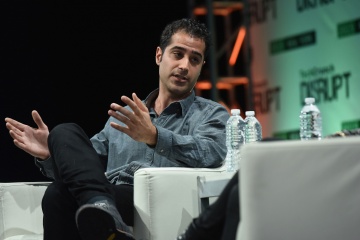 A submarine's periscope allows its submerged passengers to see what's going on above water right away. Similarly, the Periscope app lets its users see what's going on in the world in real-time, but instead of using tubes and mirrors, the app uses the cameras embedded in most smartphones, along with the broadband networks to which the phones are connected 24/7. Most new smartphones allow users to record video, and apps are starting to emerge that take advantage of these capabilities to allow real-time video streaming.

Periscope is a new phone app that allows you to livestream your life to a network of friends and strangers alike. As a viewer, you can watch people visit historic sites, attend events, walk in their own neighborhoods or just carry about their daily business all over the world. Viewers can respond to the people sharing their experiences via chat or send hearts to show approval. Livestreaming is the next step beyond sharing messages, links, pictures and pre-recorded video on social media. It enables anyone with a smartphone or tablet and the app to quickly and easily become a live broadcaster.

Periscope was founded by childhood friends Kayvon Beykpour and Joe Bernstein in February 2014. The two had previously created and run the mobile and social app company Terriblyclever, which they sold to Blackboard in 2009. Periscope was purchased by Twitter in January 2015, and the app launched on March 26, 2015, adding live video to Twitter's real-time text service.

The app has already allowed users to broadcast a myriad of things, from the mundane to the newsworthy. And other users can open the app and view any number of streams from the point of view of the broadcasters, who are everyday joes and celebrities alike. It has its limitations, but Periscope is fast becoming a fun way to explore the world, or share your own, through your smartphone.