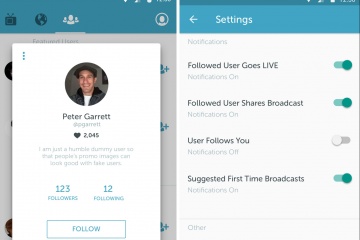 Livestreaming from your phone is the next logical step past video sites like YouTube, and existing livestreaming sites like Justin.tv, Twitch and Ustream.tv, which for the most part require a computer running special software and a webcam. Periscope makes livestreaming as easy as picking up your phone, opening an app and clicking a couple of virtual buttons. Now that we have the technology, and many of us carry it with us everywhere we go, livestreams may become ubiquitous.

Twitter reportedly paid around $86 million total in cash (and other considerations like stock options) for both Periscope and Niche, although it's unclear how much was for each one [source: Wagner]. Periscope started with only five employees and grew to thirteen as of early May 2015 [source: Constine]. Twitter's purchase of Periscope gets Twitter immediately into the video arena, and provides Periscope with the backing of a large company. It also gives Periscope the potential to tap Twitter's large, built-in user base. Already you can easily find other Twitter users who have Periscope from within the app.

Periscope's reception has been fairly positive, so far. Celebrities and news outlets have embraced it. And more than 1 million people signed up in the first 10 days after Periscope's launch [source: Constine, Wallenstein]. There's lots of entertainment to be had watching broadcasters wander their daily lives, and the interactivity component makes it even more appealing to a lot of people. A meme even quickly emerged where people often asked to see the inside of the broadcasters' refrigerators [source: Weber].

It's exciting to think about where this new technology might take us. We can watch users do anything from put on makeup to explore noteworthy sites, and it has already provided some insight into current events. It could be another one of those things that becomes second nature to a lot of people, like texting and using smartphones did before. There's no telling what sights we'll be able to see in the near future.

I downloaded and played with Periscope as research, and it was incredibly engaging. I test-streamed my dog walking around the yard, and a few users chimed in, mostly from other countries. Being shy, I wasn't very talkative, but I did respond to a question or two. And then I watched other people's streams, including a man taking a walk in Japan and one of the "most loved" broadcasters having her blood pressure measured by an in-store machine. They and some of the others I watched were chatty and engaging, and I have to admit, when someone responds to one of your chat comments, it does give you a bit of a charge, and lends immediacy and intimacy to the whole video streaming experience. Plus the little hearts are cute. I did have to turn the sound off on my phone's Periscope push-notifications, as they got annoying really fast. But I still let them appear silently so that I won't miss anything.

The most exciting things about Periscope and similar apps are the prospects of getting live news from events as they unfold and of seeing sights all over the world that I may never see through travel. And in the future, this seems like the type of functionality that will pop up in lots more apps, or maybe even get built into a mobile OS. I, for one, am looking forward to a time when everyone has livestreaming capability and we can find footage of nearly anything. Who knows? We might even get Periscope broadcasts from space.