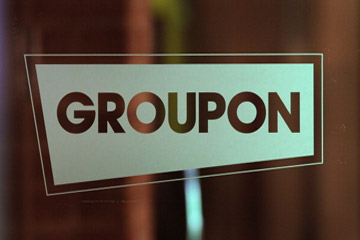 Groupon is a daily deal Web site that has grown by leaps and bounds during its short three-year history.
Scott Olson/Getty Images

Since its launch in 2008, the daily deal Web site Groupon has become so popular and so profitable that it passed on a $6 billion buyout offer from Google in December 2010 [source: Ovide]. Groupon has achieved fame and fortune by putting a Web-savvy spin on the boring old coupon. But to understand how Groupon works, let's start with how coupons work.

A coupon is what is called a loss leader. A loss leader is any kind of sale, promotion, discount or special offer that entices customers to walk in the door. The business will almost certainly lose money on the discounted items, but the hope is that the customer will also spend money on other items, or even better, become a regular customer. Coupons typically have an expiration date and offer modest discounts; perhaps a dollar off specific grocery store items or a 15 percent discount at a major retailer.

Groupons are like coupons on steroids. The deals offered daily through Groupon start at 50 percent off and can go as high as 90 percent cheaper than the normal price. Groupon can offer such steep discounts because it guarantees business owners a minimum return on their investment and the possibility of becoming an overnight sensation. Groupon claims that its service is a win-win for both businesses and consumers, but there are some disadvantages.

To better understand how a daily deal site like Groupon works, we'll use the example of Bob the consumer and a local business called Eatsa Pizza. Keep reading for all the details.