Since its launch in 2008, the daily deal Web site Groupon has become so popular and so profitable that it passed on a $6 billion buyout offer from Google in December 2010 [source: Ovide]. Groupon has achieved fame and fortune by putting a Web-savvy spin on the boring old coupon. But to understand how Groupon works, let's start with how coupons work.

A coupon is what is called a loss leader. A loss leader is any kind of sale, promotion, discount or special offer that entices customers to walk in the door. The business will almost certainly lose money on the discounted items, but the hope is that the customer will also spend money on other items, or even better, become a regular customer. Coupons typically have an expiration date and offer modest discounts; perhaps a dollar off specific grocery store items or a 15 percent discount at a major retailer.

Groupons are like coupons on steroids. The deals offered daily through Groupon start at 50 percent off and can go as high as 90 percent cheaper than the normal price. Groupon can offer such steep discounts because it guarantees business owners a minimum return on their investment and the possibility of becoming an overnight sensation. Groupon claims that its service is a win-win for both businesses and consumers, but there are some disadvantages.

To better understand how a daily deal site like Groupon works, we'll use the example of Bob the consumer and a local business called Eatsa Pizza. Keep reading for all the details.

Our adventure begins when local consumer Bob visits Groupon.com and signs up to receive daily e-mails featuring deals in his city. One morning he opens his Groupon e-mail to find a deal for $20 worth of food from Eatsa Pizza for only $10. Bob loves pizza, but hasn't tried this place across town, so he clicks "Buy" and enters his credit card information. The first big difference between a normal coupon and a Groupon is that Bob pays the discounted price up front, even before he's in the restaurant. The $10 is split between Eatsa Pizza and Groupon itself, which usually involves both companies taking 50 percent [source: NPR].

The second big difference between a coupon and a Groupon is that Bob will only get the deal if 20 other people click the "Buy" button. This is the "group" element of Groupon. By setting a minimum number of purchases, Eatsa Pizza is guaranteed a minimum dollar amount of sales, or else the deal is off. In this case, Eatsa Pizza wants to make sure it gets at least $100 in sales (20 people x $10 - 50 percent) if it's going to offer such a steep discount. To help reach the minimum, Groupon encourages Bob to share the deal with friends on social networks like Facebook and Twitter. Lucky for Bob, the deal "tips" in a matter of minutes, meaning the deal is on.

Every Groupon deal has two expiration dates. The first expiration date restricts how long the deal is available for purchase. Deals remain "live" on the Groupon Web site for a limited number of days (the Groupon Web site provides a countdown clock). Once the deal is purchased, there is a second deadline by which the deal must be redeemed. After that date, an unredeemed Groupon is just a useless piece of paper (or barcode).

To redeem the Groupon, Bob either prints out a Groupon redemption code from his e-mail or uses the Groupon app to upload the barcode to the screen of his smartphone. At this point, the Groupon is just like a regular coupon. Bob orders a large pizza and a drink for a total of $22. With the Groupon, he only has to pay $12 (the $10 Groupon plus $2 over the $20 deal). Groupon etiquette dictates that Bob should tip for the full amount of the bill, not the discounted price, but that's only a suggestion.

Next, we'll look at a few different types of deals that are typically offered through Groupon and other daily deal sites.

Here are some basic facts about Groupon: It was founded in 2008 and currently boasts 83 million subscribers (as of June 2011). Groupon has Web sites that serve every major and minor American and Canadian city, as well as cities in 41 other countries. That breadth has paid off: Groupon has revenues of $713.4 million in 2010 -- and $644.7 million in Q1 2011 alone [sources: Ovide and Groupon].

It's important to understand that Groupon isn't for everybody -- and it isn't meant to be. The service was designed to attract a specific demographic: young, urban professionals who want to explore their cities affordably. The kinds of deals featured on Groupon fall squarely into the category of wants, rather than needs. They advertise products and services that you may not have otherwise tried if the price wasn't so low.

Here are the most common types of Groupon deals:

Writer Noreen Malone jokes that Groupon deals paint a picture of American desire warped by too many "Sex and the City" reruns [source: Malone]. Lots of eating and drinking, lots of grooming and yoga classes -- and if all else fails, the occasional cosmetic procedure.

The most common type of Groupon deal is a 50 percent discount on a certain amount of product, measured in dollars. For example, instead of offering 50 percent off of Bob's entire bill at Eatsa Pizza, the deal is for $20 worth of food for $10 dollars. Groupon always tells you how much money you saved and at what percentage of the original cost. And not all Groupon deals are for $20 or less: The site also features cosmetic dental procedures priced at $2,999 (a 62 percent discount) and true luxury items that retail for tens of thousands of dollars.

All Groupon deals come with some restrictions. For starters, they must be used before the expiration date. Some Groupon deals are limited to new clients or first-time customers. Many restaurants limit Groupon users to the regular menu, not the daily specials (or alcohol), and some restaurants specify that only one Groupon can be redeemed per table. It's important to read the fine print before buying a Groupon to make sure that it meets your expectations.

Now, let's look at some of the advantages and disadvantages of Groupon for businesses.

The huge success of Groupon has spawned the launch of several other daily deal Web sites. LivingSocial is a daily deal service that works exactly like Groupon, with an added social media twist. If you can convince three other people to sign up for the deal, then your deal is free. Blackboard Eats offers steep discounts on gourmet cuisine, but it's limited to four major U.S. cities and an online food market. When Groupon rejected Google's buyout offer, the search giant launched Google Offers, which allows you to pay with your smartphone. Lifesta, Couprecoup and Dealsgoround all offer secondary markets for unused (and unexpired) Groupons. Can't use that Groupon for $85 in picture framing services? Sell it to someone else!

For small businesses, Groupon offers several advantages over traditional advertising and marketing. For one thing, it's free to feature your business on the site. With traditional advertising and e-mail marketing, a business pays lots of money up front with no guarantee that the message will reach the consumers and translate into sales. Also, with tens of thousands of subscribers in most cities, Groupon offers free access to the inboxes of target customers.

Another perk of working with Groupon is that the Web site shares customer information with its merchants. According to the Groupon privacy statement, it shares e-mail addresses of customers who buy a Groupon with the business that's supplying the product or service [source: Groupon]. So, Eatsa Pizza can send Bob an e-mail after he made his purchase to tell him about upcoming specials. Businesses would otherwise have to pay a steep premium for such targeted marketing information.

Groupon even employs marketing and editorial professionals who will help Eatsa Pizza craft the best feature promotion -- again, for free. As a business, you only pay Groupon if your minimum amount of sales is met. If the feature flops, Eatsa Pizza pays nothing at all.

One potential disadvantage of Groupon is that the service typically takes a 50 percent cut of all sales. If Eatsa Pizza offers a Groupon deal for $20 worth of food for $10, then the restaurant will have to fork over $5 to Groupon. A 50 percent deal translates into a 75 percent loss at the register. Groupon would argue that the whole point of the deal is to get new customers in the door: Once Bob tastes the delicious pizza and enjoys the courteous service at Eatsa Pizza, he's sure to come back or tell his friends.

Groupon says that the system works. It claims that 97 percent of companies that offer deals on the site ask to be featured again [source: GrouponWorks]. But some questions have been raised as to Groupon's efficacy for businesses. Some complain that Groupon customers are bargain chasers who quickly move on to the next cheap offer. In fact, a recent study at Rice University found that 80 percent of customers who buy discount deals from sites like Groupon and LivingSocial are first-time customers, and that only 20 percent of them ever return. Even worse for the bottom line, only 36 percent buy goods or services beyond the value of the Groupon [source: Mitchell].

Interestingly, the same study revealed a statistic that still manages to make daily deal sites attractive for businesses: One in five people who buy a Groupon or similar discount never redeem the voucher [source: Tuttle]. Instead of losing 50 percent on the deal, the business gets paid for not providing any product or service. 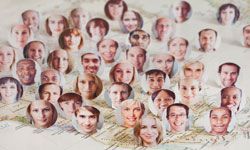 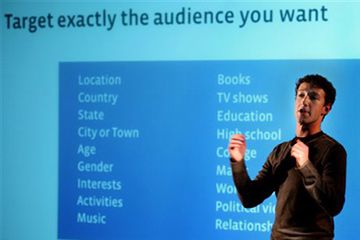 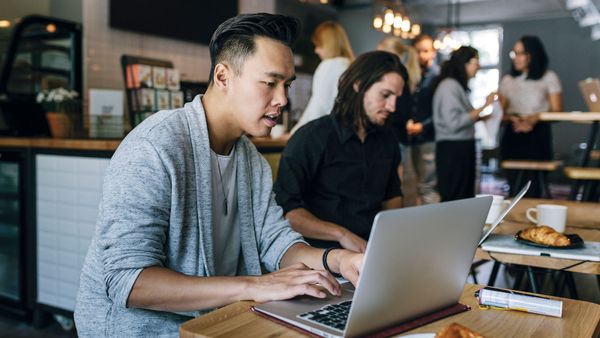