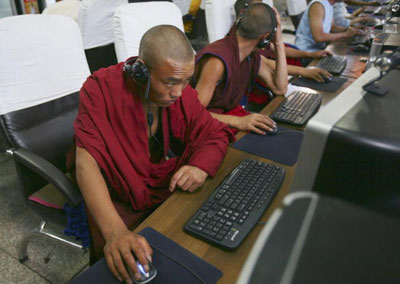 But other sources disagree, arguing that the United States is still a leader both as a content provider on the Internet itself and in giving citizens the access they need. What do these different perspectives mean?

Much of the reason has to do with the way Internet access is measured. Is it measured by each country's physical Internet resources? Or do you measure it according to the number of citizens who have Internet access out of the overall population? One company's method was to simply survey a sample of the population of different countries by asking each interviewee if he or she had accessed the Internet over the last month.

In this article, we'll use the same approach as the Organization for Economic Cooperation and Development (OECD). The OECD compares each country's number of broadband subscribers against the size of the overall population. Why use this method? Because looking at the number of subscribers alone doesn't tell us enough information. Let's compare and contrast the United States with China.

Let's take a look at the world at large and find out which countries have the strongest broadband networks.

Computers aren't the only devices that access the Internet. Many people use mobile devices like smartphones for everything from checking e-mail to surfing the Web. The United States lags behind many Asian and European nations when it comes to wireless service. These countries promote 3G, or the third generation of mobile phone standards. A 3G network supports faster data transfers, allowing the user of a 3G phone to access broadband content wirelessly. The United States is just now catching up to other countries when it comes to 3G support.

­The OECD includes DSL, cable modem, fiber-optic and local area network (LAN) connections in its calculations. It doesn't include dialup modem users, because those users don't qualify as broadband subscribers.

­According to the OECD, the top 10 most wired countries are:

So why is it that these countries have proportionally more broadband subscribers than the United States? There are several factors to consider:

To learn more about the Internet, follow the links on the next page.

Why Do Social Media Platforms Practice Shadowbanning?
Peach in the Pits: The Very Quick Rise and Fall of a Social Media App
How Second Life Works