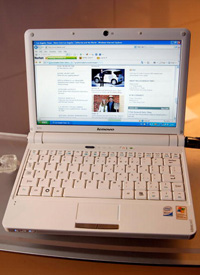 Computer manufacturers are constantly tweaking their laptop designs to grab the attention of consumers. For years, these companies have been making portable computers smaller, lighter, and more powerful -- and they've been particularly successful with a new category of ultra-portable PCs called netbooks.

Netbooks are tiny laptop computers. Or are they just a larger version of a smartphone? They resemble miniature laptops, with small displays and keyboards, but they don't have some of the features that come standard on full-blown laptops. They're not made to help you communicate via voice, as with a smartphone, but they can help you complete many of the same on-the-go tasks.

Regardless of the comparisons you choose to make, netbooks are, quite simply, a hot item. As of this writing, they account for more than 20 percent of all new portable computer sales, and most pundits predict those numbers will only grow stronger [source: Schonfeld].

The sagging global economy means consumers and their corporate employers have less cash to blow on technology, so full-blown and pricey desktop-replacement laptops topping $2,000 suddenly seem more expensive than ever. And with portability and efficiency always top of mind, big laptops can be awfully unwieldy, anyway.

The extreme cost-effectiveness of netbooks (roughly $300 to $500) means they're cheaper than almost any brand-new laptop you'll find at retail outlets. Popular models that start around $300 include the ASUS Eee, Toshiba Mini, Acer Aspire One and HP Mini. Their portability means you can throw them into a small carry bag and take your work with you anywhere you go.

As their name implies, netbooks primarily help you connect and complete work on the Internet. In a nutshell, this probably explains why netbooks are catching on with so many people. No one really wants to use a tiny smartphone's keypad or touchscreen to compose a lengthy e-mail or write a business report. But few people want to blow a month's salary on a powerhouse laptop brimming with features they don't need.

Read on to see more about the specs that constitute a netbook and how these nifty niche PCs are beginning to revolutionize the world's digital workflow.

Netbooks vary a bit depending on the manufacturer you select, but these devices share a lot of similarities. Your eyes will immediately note visible traits that separate netbooks from their laptop brethren.

Most obviously, netbooks are downright tiny compared to laptops loaded with modern components. Netbook video displays are typically only around 10 inches diagonally (about 25.4 centimeters), with a resolution of 1,024 x 600. The keyboards are small, too, at about 80 to 90 percent of the size a regular QWERTY keyboard.

Netbooks' internal components are less powerful than those in regular laptops. Many as of the time of this writing come equipped with Intel's 1.6GHz Atom processor, a low-voltage CPU specifically designed for portable devices, which offers its users solid performance in a smaller form factor.

Internet capabilities are of paramount importance for netbooks. That's why these devices come standard with components that allow both wireless 802.11b or 802.11g and wired Ethernet connections.

Hard drives are one component that varies widely between netbooks, in both capacity and design. Some netbooks are nicely equipped with 160GB hard drives, while others have less than half of that storage space. And manufacturers sometimes substitute solid-state flash memory drives for traditional spinning-platter drives. Although solid-state drives are very compact and aren't as prone to mechanical failure or breakage due to rough handling, they're generally more expensive and may noticeably slow down the computer depending on the software you use.

Most netbooks also come standard with USB ports, microphone and headphone jacks, 1 to 2 GB of RAM and a rechargeable lithium-ion battery. VGA output for larger external displays is also common.

Yet netbooks are also defined by features they lack. Perhaps most noticeably, netbooks aren't equipped with optical drives for CD and DVD media. Because these disc drives are on the bulky side, this is primarily a space-saving move on the part of manufacturers. Netbooks also lack dedicated graphics cards that accelerate video performance. Instead, they use less-powerful graphics chips integrated into the motherboard.

And somewhat ironically, although most netbooks have fast Internet connectivity capability via Ethernet and wireless Internet features, there are models that lack telephone jacks and modems for landline Web access. For some users, that's a factor that may affect their purchasing decision.

One of the best things about netbook specs is that in spite of all of these features, they're not at all hefty in your briefcase. These well-equipped machines rarely top 3 pounds (1.4 kilograms).

If you think netbooks seem exactly like the kind of product that Apple would refine and dominate, you're not the only one. But so far, Apple isn't biting. Why not? Apple's leaders don't seem impressed by this product category. During one financial conference call, Chief Operating Officer Tim Cook made an extra effort to dispel any notions whatsoever that Apple has plans for a netbook. He also used the word "junky" to describe netbooks in general. Cook's opinion was that netbooks' small screens and keyboards detract from the computer experience. He also said he believes netbooks' software and hardware are simply inferior by contemporary standards. And finally, he suggested that for people who want a very small computer with basic Internet, an iPhone or iPod Touch might suffice. 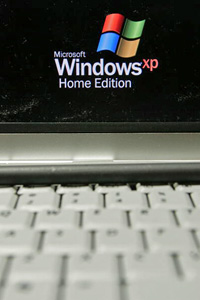 For more on portable computers and other related topics, take a look at the links on the next page.