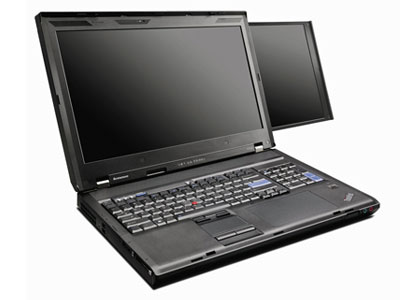 ­In early 2008, the mobile computer landscape was dominated by laptop computers. There were a few alternatives to traditional laptops -- tablet PCs, advanced PDAs and even a few smartphones could perform many basic computing tasks. But the laptop computer set the standard for mobile computing -- some companies offered laptops that were nearly as powerful as their desktop counterparts.

A year later, the traditional laptop faces some competition in the mobile computing market. It can be confusing for consumers -- there's a host of new terms and categories to take into consideration when shopping for a mobile computer. There are laptops, notebooks, netbooks and ultra-mobile PCs. But what's the difference? Are the terms interchangeable? Are they well-defined?

The answer to these questions depends upon whom you ask. One person may call a particular PC a netbook while another insists it's a notebook. It's like asking someone to describe an elevated geographic feature -- some may call it a hill and others insist it's a mountain. There's no universal definition upon which you can rely.

There are, however, some general guidelines we can use. Laptop computers, notebooks and netbooks use the same basic form factor -- the main differentiator is size. That form factor is a computer with two main parts: a screen and a ­keyboard attached by hinges. In general, netbook computers are smaller and lighter than notebook computers, which in turn are smaller and lighter than laptops. But there are no specific size or weight classes for computers. So, for example, if the computer has an 11-inch (27.9 centimeter) screen, is it a netbook or a notebook? That's where people disagree.

­Let's start with laptops and notebooks. Some people use the terms interchangeably because many of the laptops on the market are smaller and lighter than their predecessors. As laptop technology evolves, manufacturers are able to pack more power into a smaller package. The notebook format is becoming the norm.

But there are still some laptops that are too large to be considered notebooks. The Lenovo ThinkPad W700ds has a 17-inch (43.2-centimeter) main screen and a retractable 10-inch (25.4-centimeter) secondary screen. It weighs 11 pounds (about 5 kilograms) and is 2.1 inches (5.3 centimeters) thick. Gaming laptops can also be on the large side -- Toshiba's Qosmio X305 weighs 9 pounds and has a 17-inch (43.2-centimeter) screen. While these computers are portable, you probably don't want to lug them around all day long. 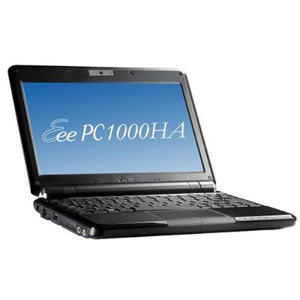 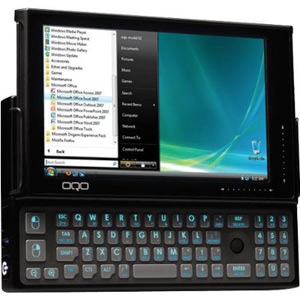 The Future of Mobile Computing

New products will blur the lines further between netbooks, notebooks and UPMCs. At CES 2009, Asus showed off the Eee T91 and T101H computers. These devices are a cross between tablets and netbooks. They feature screens mounted on a pivot -- you can turn the screen around and fold it back over the keyboard. A touchscreen interface allows you to use the netbook as a tablet PC. These products will hit the market in 2009. At the time of this article, Asus has not made an official announcement regarding the price of these products.

Smartphones also have the potential to make the mobile computing landscape more confusing. As smartphones become more powerful, they begin to fill the same niche as netbooks. In general, smartphones range in price from around $199 to more than $900. They're very portable and multifunctional. Companies that design applications for smartphones may incorporate more cloud computing strategies in their products in the near future.

One thing is for certain: mobility is important. People want to be able to access applications and data any time and anywhere. They may want a device that has its own spacious hard drive or a netbook they can use to log into a remote data storage service -- or they may not know what they want.

While netbooks accounted for a significant percentage of computer sales during the 2008 holiday season, the return rate on netbooks is relatively high. That may be due to consumers misunderstanding the purpose of netbooks. The devices aren't as powerful as notebooks, laptops and desktop computers. They also tend to have smaller keyboards and some people have trouble typing during an extended computing session. And people who choose netbooks running on Linux may become frustrated with an unfamiliar operating system (OS).

Despite the return rates, the popularity of netbooks and other portable computing devices continues to grow. The convenience of these devices coupled with tough economic times may mean the days of the super-powerful and expensive desktop PC are numbered.

To learn more about portable computers, take a look at the links on the next page.