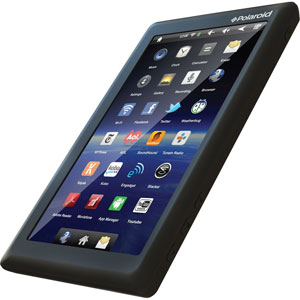 Tablet computers are kind of like cars, in that there's no one choice that suits everybody. If you're the digital equivalent of a luxury car owner who craves fine engineering, flashy design and plenty of high-end specs, you probably won't settle for anything less than an iPad 3, with its high resolution retina display, elegantly styled case and capability of storing up to 64 gigabytes of data. And you won't mind paying a premium price for it. If you're a sports car buff, you might opt for the Kindle Fire, which runs apps at lightning speed with its high-powered microprocessor chip. If you're the small-car-is-beautiful sort, you may gravitate to the Toshiba Excite 10 LE, which at 0.3 of an inch (0.8 centimeters) in thickness, is the slimmest tablet on the market [source: Perenson].

On the other hand, maybe you're a no-nonsense, non-techie who simply wants a tablet for the basics -- checking your e-mail or reading e-books -- and doesn't care that much about high-end features and specs you'll probably never use, no matter how great they sound in an online review. You're on a budget, so you want to spend as little as possible but still get reasonable functionality and quality for your money. Fancy-schmancy design doesn't impress you, but you're reassured by an old, familiar brand name. If you're shopping for a car, you'd probably pick a reliable, small sedan. If it's a tablet you want, you might find yourself considering a Polaroid 7-inch (17.8-centimeter) 4 GB Internet Tablet.

Released in 2012, the Polaroid Tablet doesn't usually make it into the comparison lists for hot new tablets on techie Web sites, and you won't see artsy TV commercials touting its virtues. And it's not even actually made by the venerable camera and film manufacturer, but rather by a company called Southern Telecom, which licenses the name [source: Southern Telecom].

But you'll likely love its retail price of less than $130 from retailers such as Target and as little as $110 on Amazon.com [source: Amazon.com]. And despite being what CNet calls a "minimalist device," the Polaroid Tablet still has some pretty nifty hardware features you'd expect from a more costly tablet by Samsung or Asus, and it comes with Google's new, feature-rich Android Ice Cream Sandwich operating system. As a penny-pinching tablet, of course there are some tradeoffs, too, which we'll get to shortly.

Southern Telecom has produced eight versions of the Polaroid 7-inch (17.8-centimeter) Internet Tablet, most of which seem to have a similar design and features. The latest versions have these basic specifications [sources: Southern Telecom, Android.com, CNET]:

The Polaroid Tablet's battery has a standby time of 60 to 70 hours when the device is turned on but not being used, and enough capacity to provide these running times for various functions [source: Southern Telecom]: 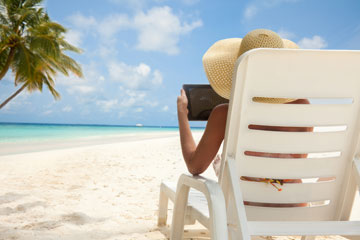 How to Fix the Black Screen of Death
Does powering down your computer wear it down?
How the MacBook Works