The Economic Fallout of a Collapsed Internet 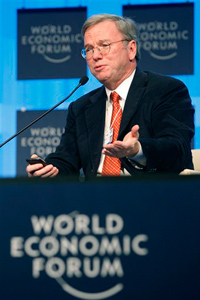 If the Internet did collapse somehow, the economic impact would be disastrous. While the loss of services like electronic banking or PayPal would be annoying, the effects would extend much further.

Think of the businesses that depend upon the Internet. Every Web site would be offline. Huge companies like Google or Amazon would become obsolete instantly. Other companies like Microsoft would see enormous sections of their operations disappear. Even companies that only use the Web as a means of advertisement would be adversely affected.

Assuming the collapse was either of a permanent or extended nature, many companies would go out of business. Hundreds of thousands of people would be out of a job. Google employs nearly 20,000 people alone [source: Google]. With hundreds of companies folding or cutting back on staff, the market would be flooded with people in need of a job.

According to the U.S. Census Bureau, e-commerce accounted for 35 percent of all shipments from the manufacturing industry in 2007. That amounts to more than $1.8 trillion for that industry alone. When you extrapolate those numbers to all industries across the entire world, you'll see that commerce on the Internet is big business. If the Internet collapsed, multiple industries would experience an instant recession. There's no easy way to bounce back from a loss of trillions of dollars.

Some countries would feel the sting more than others. Developed countries would face severe economic crises as entire industry sectors either disappeared or struggled to survive in the wake of devastating losses. Other countries wouldn't suffer as many direct effects from the collapse because they don't have much of a presence on the Internet. But these countries would also suffer as the trade and aid they depend upon from other connected countries decreases.

Very few types of businesses would remain unaffected by the collapse of the Internet. The Internet has become pervasive in business.