The word on just about every Internet user's lips these days is "broadband." We have so much more data to send and download today, including audio files, video files and photos, that it's clogging our wimpy modems. Many Internet users are switching to cable modems and digital subscriber lines (DSLs) to increase their bandwidth. There's also a new type of service being developed that will take broadband into the air.

At least three companies are planning to provide high-speed wireless Internet connection by placing aircraft in fixed patterns over hundreds of cities. Angel Technologies is planning an airborne Internet network, called High Altitude Long Operation (HALO), which would use lightweight planes to circle overhead and provide data delivery faster than a T1 line for businesses. Consumers would get a connection comparable to DSL. Also, AeroVironment has teamed up with NASA on a solar-powered, unmanned plane that would work like the HALO network, and Sky Station International is planning a similar venture using blimps instead of planes.

Airborne-Internet systems will require that an antenna be attached to the side of your house or work place.
Photo courtesy Angel Technologies

The computer most people use comes with a standard 56K modem, which means that in an ideal situation your computer would downstream at a rate of 56 kilobits per second (Kbps). That speed is far too slow to handle the huge streaming-video and music files that more consumers are demanding today. That's where the need for bigger bandwidth -- broadband -- comes in, allowing a greater amount of data to flow to and from your computer. Land-based lines are limited physically in how much data they can deliver because of the diameter of the cable or phone line. In an airborne Internet, there is no such physical limitation, enabling a broader capacity.

Networks using high-altitude aircraft will also have a cost advantage over satellites because the aircraft can be deployed easily -- they don't have to be launched into space. However, the airborne Internet will actually be used to compliment the satellite and ground-based networks, not replace them. These airborne networks will overcome the last-mile barriers facing conventional Internet access options. The "last mile" refers to the fact that access to high-speed cables still depends on physical proximity, and that for this reason, not everyone who wants access can have it. It would take a lot of time to provide universal access using cable or phone lines, just because of the time it takes to install the wires. An airborne network will immediately overcome the last mile as soon as the aircraft takes off.

The airborne Internet won't be completely wireless. There will be ground-based components to any type of airborne Internet network. The consumers will have to install an antenna on their home or business in order to receive signals from the network hub overhead. The networks will also work with established Internet Service Providers (ISPs), who will provide their high-capacity terminals for use by the network. These ISPs have a fiber point of presence -- their fiber optics are already set up. What the airborne Internet will do is provide an infrastructure that can reach areas that don't have broadband cables and wires.

In the next three sections, we will take a look at the three aircraft that could be bringing you broadband Internet access from the sky. 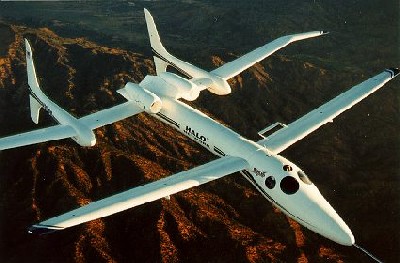 Sky Station International is counting on its blimps to beat Angel to the punch in the race to deliver high-speed Internet access from high altitudes. Sky Station calls its blimps lighter-than-air platforms, and plans to station these airships over at least 250 cities worldwide, one over each city. Each station would fly at an altitude of 13 miles (21 km) and provide wireless service to an area of approximately 7,500 square miles (19,000 square km).

Each blimp will be powered by solar and fuel cells and be equipped with a telecommunications payload to provide wireless broadband connections. The blimps will be able to carrying payloads of up to about 2,200 pounds (1,000 kg). Sky Station believes it can have its first blimp deployed by 2002. Each blimp will have a life span of about five to 10 years. Sky Station says that its user terminals will enable broadband connections of between 2 and 10 megabits per second (Mbps). Click here to see how the Sky Station system works. 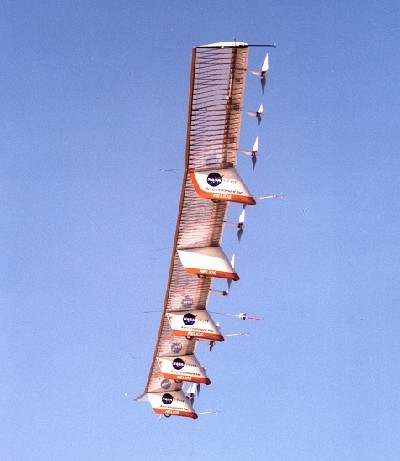