Political Crises After the Internet Collapse 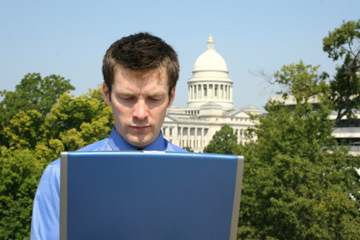 The political fallout following the collapse of the Internet could be devastating.
© iStockphoto.com/Thinkstock

The economic fallout would probably be the primary crisis governments would face around the world if the Internet were to collapse. But that would just be one problem world leaders would face.

In the United States, there's a push to develop the power grids around the nation into a smart grid. Smart grids could theoretically respond to customer needs more efficiently, conserve power and communicate with one another over Internet connections. In theory, this system could reduce power outages and other problems. But if the Internet were to collapse, a smart grid would be crippled. Massive power outages could become a problem across any country using such a system.

As the Internet has become more pervasive, countries have used it to gather intelligence and to spy on one another. The loss of the Internet would be an enormous blow to intelligence agencies. Sharing information would become slow and difficult. Some governments might react to such a situation rashly. It's impossible to predict how each government would react; however, it's not hard to imagine a series of events that could escalate into a conflict.

Assuming world leaders could maintain order and resist the urge to blow each other up, other problems would surface. The Internet has become an important part of many educational programs. The loss of the Internet would leave a void that other resources would need to fill. Resources cost money -- something that would be in short supply as markets around the world try to recover from staggering losses.

In the United States, military organizations and some research institutions are part of networks that are similar to the Internet but are technically not part of the Internet itself. If these networks remained unaffected, at least some electronic communication and data transmission would be possible. But if our imaginary crisis extended all the way to these computer networks, the country would become vulnerable to all sorts of attacks.