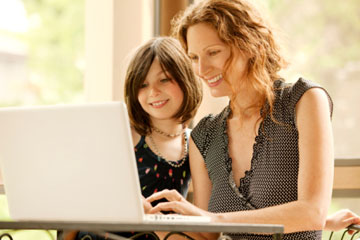 What do you have to do to join Facebook?
Cavan Images/Taxi/Getty Images

If you feel like the last person who's not on Facebook, you might be right: The Web site claims that it has 750 million users [source: Facebook]. And if you're curious to find out what it's all about and why it's so popular, you might want to sign up and try it out.

First, a little background: The cultural phenomenon that is Facebook began modestly enough in 2004 as an online social network exclusively for the students at Harvard University. Students created profiles by posting pictures of themselves, as well as listing interests, hobbies and their relationship status. It allowed users to add friends to their network and quickly became a popular way to learn more about fellow students.

Soon, the college student who founded the Web site, Mark Zuckerburg, expanded to other universities and eventually opened it to anyone with a valid e-mail address. Along the way, the site also incorporated new features, like status updates that allow you to let friends know what you're doing, a wall for friends to leave public messages for you, and the news feed, a list of your friends' recent status updates, posts and other activity.

Despite its massive popularity, some people are still hesitant to get on Facebook. Understandably, many are worried about privacy concerns and don't like the idea of posting private information on a Web site. Facebook does have privacy controls that prevent your information from being viewed by the public or even by certain people in your network of friends. However, those who fear hacking, or others who feel they aren't Web savvy enough to navigate those controls, don't want to risk it. With that being said, if you still want to join, a good rule of thumb is to avoid sending or posting any sensitive information that you don't want to fall into the wrong hands.

Once you've decided to join, it's actually pretty easy. On the Facebook homepage under "Sign Up," you can plug in your basic information, including your name, e-mail address, a password, your sex and birthday. The site explains that it needs your birthday to offer "age-appropriate" content and that you don't need to share your birthday in your profile. After you click "Sign Up," the site will take you through several steps to help you set up your profile.

Still want to know more about signing up for Facebook? Learn a few tips on the next page.

Signing up for Facebook is fairly simple, and the Web site will walk you through the steps. It does, however, require users to be at least 13 years old, and the company encourages members to use their real names. The next step after the sign-up page is a security check page. This will ask you to look at a skewed image of letters and ask you to type them into a box. This is called a CAPTCHA test, and it ensures that you are a real person, rather than a computer program designed to infiltrate a Web site and load it with spam.

After you pass the CAPTCHA test, Facebook will ask you to find people you know by plugging in your e-mail address and e-mail password. This feature will find who among your e-mail contacts has a Facebook profile and suggest friends for you to add. Feel free to skip this step entirely if you feel uncomfortable giving away your e-mail password. Instead, it will give you the option to search for people you know individually by typing their names into the search bar, although this is more time-consuming.

At this point, you can also start adding things to your profile, including a photo of yourself, your employment and education information, relationship status, interests, and so on. Again, don't feel compelled to share any information that you don't want others knowing. When you edit your profile, you can even opt out of displaying your birthday and your sex.

Once you establish what and with whom you want to share information, you're all set. Explore the other features and uses of Facebook, like posting a status update, uploading photos from your recent vacation, and links to interesting Web sites or articles you find that you want your friends to know about. From the left menu bar under "Events," you can see which events you've been invited to, or create your own event and invite others. If you like, you can also explore applications (or "apps"), like Scrabble and FarmVille. But apps request access to your personal data, so don't use them if you feel uncomfortable with this.

Most members agree that the best use of Facebook is the ability to keep up with friends while building contacts and relationships.

You should also go to "Privacy Settings" under the "Account" drop-down menu. This will allow you to control who sees what on your profile.